That Obscure Stretch of a Master's Filmography 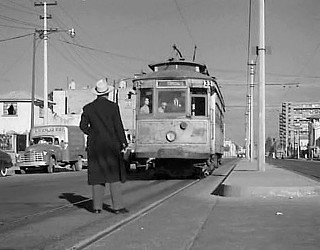 Few would deny Spanish-born filmmaker Luis Buñuel his place in the pantheon of the great directors. From his first film in 1929, "Un Chien Andalou," on which he collaborated with the surrealist groundbreaker Salvador Dalí to make a film with potent imagery that still has the power to shock viewers nearly 80 years later, to his great latter period during which such films as Belle de Jour, The Discreet Charm of the Bourgeoisie, and That Obscure Object of Desire received multiple international film awards, Buñuel and his films have been popular staples for repertory showcases and film scholars. Yet frequently overlooked or discounted is Buñuel's Mexican period, an interval that stretched from 1946 to 1961, during which the director made some 20 films.

Although Buñuel gained attention and notoriety with his first two films, "Un Chien Andalou" and L'Age d'Or, which were made in France, it proved difficult for him to follow up those two artistic affronts to the church and bourgeoisie with equally independent and daring work. Throughout the Thirties in France and Spain, Buñuel directed the Spanish-language dubbing of many Hollywood films, but he left for the United States during the Spanish Civil War. In 1946, he moved to Mexico, became a citizen, and lived there the rest of his life, despite making movies abroad in the Sixties and Seventies.

Buñuel's Mexican period is often dismissed because his films from the era are studio genre products with minimal budgets and south-of-the-border stars, which could make them seem even more disposable than Hollywood B-movies. Some of this mistaken impression is, no doubt, also due to the American sense of superiority in all things culture-related. A new five-film series, Luis Buñuel en México, presented by Cine las Americas and the Consulate General of Mexico in Austin, offers a taste of the range of Buñuel's film work in Mexico and handily dispels the notion that these films are of only incidental importance. Through studio projects, Buñuel, like many of Hollywood's most admired directors, was able to use conventional and prosaic story structures as anchors while simultaneously subverting their modalities and implied meanings. In most of these Mexican films, Buñuel's strong moral and political concerns can be discerned through the comic plots and melodramatic turns.

The Great Madcap (1949) was the second film Buñuel made in Mexico (the first was the musical Gran Casino). Almost a classic screwball comedy, The Great Madcap is the story of a profligate rich man and his money-grubbing family. Each side tricks the other into believing they have become suddenly impoverished in order to teach a lesson to the other. Buñuel turns to drama with Daughter of Deceit (1951), a film about a father who abandons his daughter after his adulterous wife spitefully informs him that their daughter is not his. Mexican Bus Ride (1952) returns Buñuel to comedy, although the story is one that teeters between life and death. On the night of his honeymoon, a young man in a remote village is sent on a mission by his dying mother. Over mountains and bodies of water, the man encounters one delay after another en route to his destination. When the journey is complete, it may have all been for naught – a familiar Buñuel theme.

The last two films in the series are among Buñuel's most accomplished works from this period. In Illusion Travels by Streetcar (1954) – and, really, who needs to make a movie when you have a title this good? – two drunken Mexico City transit workers take the No. 133 streetcar out for a joyride and then become stuck picking up passenger after passenger in order to cover up their caper. Their hilarious escapade is offset by occasional minilessons in Mexico's inflationary economy. The most famous film in this series is Nazarín (1958), a pseudo religious parable that invites two completely different interpretations. The film won the International Jury Prize at Cannes for its story of an ascetic priest whose Christlike existence often causes more problems than it solves. It's classic Buñuel: pointing out the ineffectuality of religion while respecting its humble practitioners. For Buñuel, morality is not the thing that drives us but rather the thing toward which we aspire. 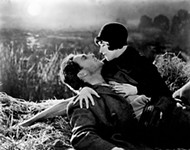