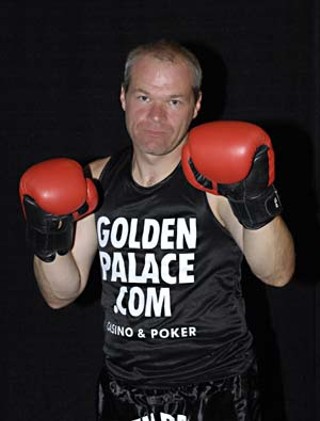 Is Uwe Boll the Most Hated Man in Movies, or the Most Misunderstood?

Have you seen Auschwitz lately? Uwe Boll has, and it isn't pretty. In fact, it's nauseating, ghastly, and deeply disturbing. And it's not even a minute long.

The controversial filmmaker occasionally referred to as the worst director since Ed Wood recently released a 48-second online teaser trailer for his next self-funded feature – Auschwitz – in a bid to, as the director has roguishly stated online, do for the infamous Nazi death factory what Mel Gibson did for Jesus with The Passion of the Christ. But where Gibson was a fervent Christian (and apparent anti-Semite), Boll is a non-Jewish, German filmmaker of dubious talent who has been accused, rightly or wrongly, of using "Nazi gold" to fund his frequent forays into ill-advised video game adaptations (House of the Dead, Alone in the Dark, BloodRayne). All of this prompts the question: Who is Uwe Boll, really, and what the hell does he think he's doing?

Answers aplenty can be found in Dan Lee West's absorbingly weird documentary Raging Boll, which paints Boll as a man besieged by ravening hordes of faceless Internet fanboys who seek to terminate his filmmaking career.

"My involvement with Uwe," says West, "started out when I was coming out of film school and got a job with a production company called Brightlight Pictures, a Canadian company who produced his movies. I was kind of an intern working for the producers and had gone off at one point to do some short films and write some scripts of my own when they asked me back to see if I wanted to do a documentary on him."

At that point, West, while familiar with Boll's early oeuvre, had yet to immerse himself in the director's scattershot back catalog of films or the increasingly rabid attacks from the Internet film critic contingent (including Austin-based Ain't It Cool News contributors Jeff Sneider and Chance Minter). In the interim, petitions had been created online begging Boll to stop making movies altogether, which did little to deter him.

"There was this whole society of people saying 'Why does [Uwe Boll] get to make movies?'" explains West, "and as an up-and-coming filmmaker, I was one of those people. That was really the basis for the documentary."

The critically reviled Boll is nothing if not a fighter, and West's doc in part chronicles the so-called Teutonic Terror's challenge to meet and beat four of his most vituperative online critics in the squared circle. (The sportif Boll is no flyweight, and the bouts are, in a word, bloody.)

Raging Boll is more interesting as a portrait of a filmmaker who, when pilloried by unknown and unseen Internet enemies (often writing under pseudonyms), fights back in the only way he knows how: by making ever more bizarre films and ultimately confronting his detractors in the flesh. It's the story of a lone, once-upon-a-film-geek-turned-professional director, who, shut out of the Hollywood system and consistently hung, drawn, and quartered online, refuses to give up his childhood dream of being a filmmaker. Inspiring? Sort of. Engrossing? Very. Depressing? Let's just say that the career of Dr. Uwe Boll (he holds a doctorate in literature from the University of Cologne) has of late called into question his mental state: Refer to that trailer for Auschwitz on YouTube if you've got the stomach for such NSFW hellscapes.

Due in part to West's relatively minor involvement in early Boll productions, he was given full access to the director, as the blocky, pugnacious, but eloquently baffling Boll returns to his childhood home, explains (credulously) his modus operandi, and then proceeds to have something of a meltdown driven in equal measure by frustration at distribution woes, incessant and highly personal badgering at the hands of his harshest critics, and an unstoppable ego.

Did West's opinion of Uwe Boll, fighting filmmaker and potential cinematic casualty, change over the course of the three years he spent researching his subject?

"When you start off the documentary process, you enter into it with a preconceived notion, somewhat, of who that person is. And then after you dig into their lives, you find out who they really are and what makes them tick. I tried to be very objective with the film. The easy way to paint that portrait would've been to say, 'Here's a guy who's the worst director in the world: Let's prove it.' But I didn't want to do that. I wanted to find out why this man does the things he does and how he's gotten to this level of infamy that he's achieved."

That infamy continues unabated to this day; Boll has frequently, bizarrely been compared to Hitler by his online foes, a wrong-headed correlation meant to, presumably, goad him into going postal. Instead, Boll took the comparisons to heart and incorporated them into his pitch-black, offend-everyone feature Postal, wherein he played the owner of a Nazi-themed amusement park. The film was a commercial failure, however, and ended up playing on all of six screens in the U.S.

Undeterred, Boll has, in the years since and after the completion of West's documentary, continued making smaller, "more personal," and completely self-financed films: a biopic of the German boxer Max Schmeling, a portrait of journalists caught up in Darfur, a Third Reich-y BloodRayne outing, and the aforementioned, upcoming fly-on-the-eyeball Auschwitz.

"People are all kind of hardwired the same way: We all want to be loved. And Uwe's no different. The big question in Raging Boll isn't 'Is Uwe a great filmmaker or not?' It's why are his detractors so intent on tearing him down when, you know, for better or worse, he's an independent filmmaker who you'd think would be getting the support of the online community, at least to some degree. This is a guy who's doing what he loves, no matter what. Ultimately, I think I gained a certain respect for Uwe as I really got to know him. Hopefully, after watching the film, people will experience Uwe as I experienced him."