Drama, Comedy, and No In-Between 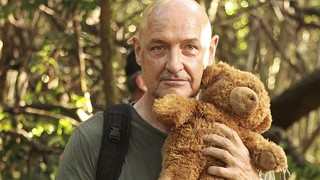 Cuddly bear or no, TV Eye is no fan of Lost.

The Emmys are Sunday! The Emmys are Sunday! Do you know where your excitement is? Mine has melted away with the triple-digit heat. Thank goodness I can watch all the action over the air and online in air-conditioned comfort in my living room. I imagine Twitter will be, uh, atwitter the day of the event, so I'll be tweeting along, too. Follow my tweets @ChronicleTVEye. I haven't found one yet, but I'm sure a hashtag will appear soon.

Last week, I promised to give the once-over to the series nominees. I'm not good at predicting what will win. I only know what I like and why. So here goes. The nominees for Outstanding Comedy Series are Curb Your Enthusiasm (HBO), Modern Family (ABC), The Office(NBC), 30 Rock (NBC), Glee(Fox), and Nurse Jackie(Showtime).

Curb is still on? I like Larry David and his poor-damn-bastard persona, but enough is enough already. I think I would have rather seen NBC's new comedies Community or even Parks and Recreation – which I never watch – get some attention. Of the nominated roster, I think Modern Family makes a strong freshman presence with it's solid ensemble cast and off-the-beaten-path situations, as in the gay couple raising their adopted Asian daughter and Sofía Vergara as the family patriarch's siren of a wife whose stepson-in-law has a lot of trouble not noticing. And her son, Manny (Rico Rodriguez), still cracks me up with his little-man antics. The Office is often brilliant, while 30 Rock is up and down, coasting on the can't-help-but-be-wonderful Alec Baldwin and the sometimes scary-funny Tracy Morgan. I'm not sure the Emmy folks are hip enough to vote for Glee, which everyone loves these days. I love, love, love Jane Lynch's sadistic cheerleader coach, Sue Sylvester, and the Madonna episode featuring her was to die for, but overall, the series just doesn't do it for me. As for Nurse Jackie – this is an odd place for this series, isn't it? It's like I wrote last week: There is no place in the Emmy roster for dramedies. It would be nice if the Emmy folks would broaden their genre categories to reflect this.

If I were a voting member of the Academy of Television Arts & Sciences, I would vote for Modern Family, but I expect The Office to win.

As popular as True Blood is, I really think it's an acquired taste – one for which I have never developed a hankering. Dexter is strong, as is Breaking Bad (as many local fans of the series berate me for ignoring). It's no secret I'm a huge Mad Men fan, and I think last season was stellar, but I suspect the Emmy will go to The Good Wife. Now, there are many wonderful things about this series, but when compared to Mad Men, it's just another law firm drama. I'm convinced the only reason Lost is on this list is to annoy me. I would have rather seen the underappreciated Fringe (Fox) get a nod here, but again, it's the genre question. This sci-fi/mystery/thriller series that deals with alternate realities is much more interesting and better assembled than media darling Lost. And no love for Friday Night Lights (NBC)? For shame!

My vote for best drama would go to Mad Men. If you hear a pained howl echo over the city on Sunday, you will know Lost won. Otherwise, I'm guessing the traditionally safe Emmy voting crowd will go with The Good Wife.

The 62nd Primetime Emmy Awards will air live on Sunday, Aug. 29, at 7pm on NBC. Jimmy Fallon will host. And speaking of Twitter, NBC will use the social network site to collect introductions of the various actors and presenters. Fallon will use the best, announcing the user name prior to the tweet. Not sure how long the window is open, but they started collecting tweets on Wednesday. 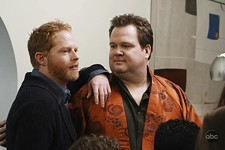