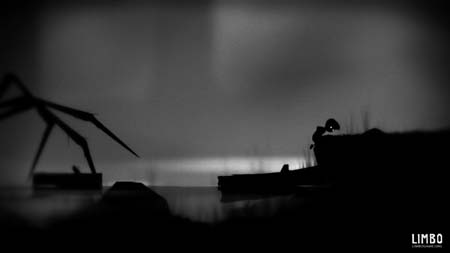 The Wii opened the world of gaming to the hand-eye challenged, but the divide between hardcore players and the barely initiated remains largely unbridged. Party games and lesser Wii titles can close the gap in players' abilities by randomizing aspects of gameplay or not keeping score at all. And if there's one thing a devout controller jockey (myself included) can't abide, it's not being rewarded for time spent mastering an otherwise useless skill set.

Enter downloadable games, which conveniently reside in the above-mentioned divide. Previous straight-to-hard-drive releases such as Braid and World of Goo engaged the noob with eye-catching art design and simple controls but challenged even those with the hardest of gamer cores. Below are recommendations for the gamer-haters who might just find their niche in one of these two recently released and notable downloads.

Ron Gilbert is one of gaming's funnymen. His Monkey Island series are classics, and the recently released DeathSpank ($15, for Xbox and PlayStation3) contains many elements of its predecessors. Choose Your Own Adventure-style dialogue drives the experience and sets up most of the comedic quests as the titular character explores the tongue-in-cheek majesty of forests both enchanted and haunted. The RPG elements are simplified for the laugh-seeking game-aphobe. It might be seen as the poor man's Brutal Legend (made by Monkey Island co-conspirator, Tim Schafer), but the ease of play and relatively short 10-hour-or-so length is to DeathSpank's credit.

For a more viscerally creepy experience, there's the shadowy Limbo ($15, only for the Xbox 360). Not content with just its backlit monochrome atmospherics, the game quickly goes from eerie to downright disturbing as you take control of a nameless young man who wakes up in a strange and increasingly dangerous world. The startling sound effects and lack of music keep nerves frayed, and the inevitable and frequently grisly ends that await you at the hands of giant spiders and buzz saws will have you sweating for about four hours. The children that inhabit the early portions of the game provide the most shocking moments in the unrelenting and seamless netherworld. Of the thousands of hyperrealistic virtual enemies I've killed over the years, having to drag the limp outline of a recently deceased kid to a ditch to trigger a trap is one of those rare gaming experiences that will stick with me. The black-and-white yet still vivid deaths can be turned off in the settings menu, but the game will still be too intense for many young players. The puzzles get trickier, and the unsuspecting player increasingly identifies with the abstracted boy on an expositionless journey of survival. Limbo is a perfect ambassador to those with a strong artistic eye and a weak competitive spirit for interactive play. The gameplay is solid, intuitive, and never repetitive, if not entirely unique; however, what the developers do with a masterful touch is drag you into its flickering world and refuse to let go, even after the stunning but enigmatic conclusion. Limbo proves that games can engage in ways that lack world-saving epicness.

I have a dream of a time when gamers of all ability levels can play the same game without rolled eyes on one end or condescending words of encouragement on the other. But until then, we have these downloadable tools of togetherness, catering to both camps – with accessibility and without loss of a true challenge. The days of discs with their set amount of data capacity are numbered as the increasingly wide spectrum of game length and depth benefits from that lack of constriction. Because not everyone has 40 hours to spend shooting aliens, again.

Keep It on the Download
Gaming, the agoraphobic way