Before departing for Chicago, Kyle Henry makes a cross-platform debut 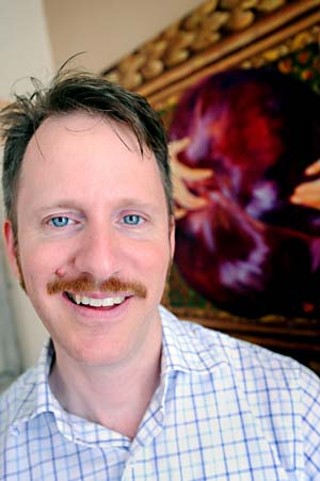 Filmmaker Kyle Henry (Room, University Inc.) thinks of himself as "an experimental kind of guy," he says, but his work in progress, Fourplay – a four-part feature that takes place in different cities (San Francisco; Austin; Tampa, Fla.; and New Haven, Conn.) and presents a quartet of diverse sexual scenarios – doesn't skimp on visual or narrative pleasures, as that term might imply.

It is, however, in possession of something even more provocative than the sex within: an exciting distribution method.

Fourplay will debut at film festivals and be released in discrete segments on the IndiePix Films website as each segment is completed, a market approach that breathes some optimism into a part of the film industry that desperately needs it.

The film's first segment, "Fourplay: San Francisco," scripted by Henry's partner, theatre talent and writer Carlos Treviño, deploys an unstoppable Austin duo – cinematographer/director (here DP) PJ Raval (Trinidad, Trouble the Water) and actor Paul Soileau (he inhabits Christeene and Rebecca Havemeyer, among others) – to tell the story of a transvestite prostitute faced with the quandary of how to pleasure her complicated trick (Gary Chason). The film's explicit emotional openness, rather than its sexual content, is what gives it its edge.

"Fourplay: San Francisco" debuted earlier this month to two packed screenings at Los Angeles' Outfest 2010 and was simultaneously made available at IndiePix.

Future segments, however, will come by way of Chicago; Henry, a lecturer in the University of Texas' Department of Radio-Television-Film, and Treviño, who already has ties to the theatre scene there, will be relocating so that Henry can take a tenure-track teaching position at Northwestern University. Back in Austin after the glowing Outfest showing, Henry filled us in on his next few moves.

AC: How did Fourplay come about?

KH: I'm disappointed with the way that sexual expression has dropped off the radar of American cinema – an honest adult investigation into the complicated thing we call "sex" and how it interacts with some of the most important moments of our lives. We wanted to make sure that when sex came into the stories, it was a turning point for the characters' lives, perhaps. Or at least it was a very important day!

AC: What made you decide on the structure and distribution method?

AC: How was it to collaborate with Carlos?

KH: Carlos really was excited about writing these stories about sex. We are such movie snobs. With sex scenes in particular, we really love the work of the Seventies – by people like Nicolas Roeg and Ken Russell, where sex in the films are amazing awakenings or turning points or horrible disasters.

The major role of a director is to bring people together who are extremely talented and have a project that they are focused on. I'm excited to be partnered with an amazing writer; more than anything, I was excited to use his abilities.

AC: What are you going to do at Northwestern?

KH: I will be teaching a lot of film production, but my focus will primarily be documentary filmmaking. For the last 10 years, I've been a documentary film editor – that's how primarily I've made my living. Luckily Northwestern saw the value that an editor has to bring to a program, as much as a director.

AC: Anything you anticipate missing about Austin?

KH: I'm going to miss everything about Austin. This is the first place both Carlos and I felt like we were at home. We fell in love here; we returned here after living in New York right after 9/11 and felt like we had returned to some sort of sanctuary. Leaving here is going to be like emerging again from its very comforting arms. I'm also going to miss the extreme interconnections across all artistic disciplines that happens so naturally here.

KH: I think film in general would get a whole lot better if we focused on the fact that we're building communities of people, and it's the people that make the work. If we focus on just the director, we're deluding a lot of kids about what their job should be as directors. Directors should be great cultivators of talent. They shouldn't think that they need to know it all. That's the killer.

"Fourplay: San Francisco" is currently available on IndiePix at www.indiepixfilms.com/film/fourplay. For more information on the film, see www.fourplayfilm.com. 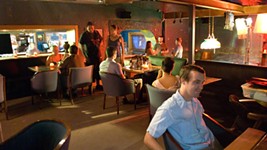 Barfly on the Wall
On location: 'Fourplay' 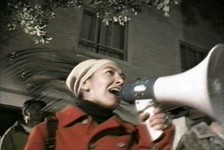