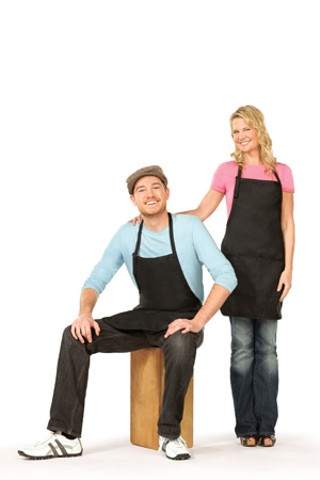 Twelve contestants, a half dozen celebrity judges, and two chances to represent Austin. Dzintra Dzenis and Brad Sor­enson are the two Austin chefs among the 12 finalists cooking off for the big prize in the new season of The Next Food Network Star (airing, natch, on the Food Network). The prize: his or her own Food Network TV show, bragging rights, maybe a little fortune, and potentially the kind of celebrity that has made chefs like Bobby Flay, Rachael Ray, and Paula Deen household names.

Trained at Le Cordon Bleu in Paris, Dzenis is a master of pastry and French cuisine, but her specialty is "using classic French techniques with flavors from around the world," she said in a phone interview from her home here in Austin, where she lives with her husband and 12-year-old daughter and teaches private cooking classes and caters.

At 25, Sorenson is the youngest contestant on the reality show, but he's the first to point out that his youth is not a factor. "My age gives a first impression that I might be new to something, but I've been cooking for nine years," he said by phone. A graduate of the Culinary Institute of America, Sorenson opened Black Creek Bistro in Columbus, Ohio, and worked as its executive chef before relocating to Austin. He now prepares appetizers at Asti.

Contestants are put through a series of team and individual challenges that test not only their cooking skills but their ingenuity and stamina as well. Most of the time they work in a Los Angeles-based sleek studio kitchen (brand spanking new this season) to create a meal with limited time or resources. Other challenges this season include catering dinner for a red-carpet afterparty, making a savory dinner using breakfast cereals, and working in a curbside lunch truck. The final verdict is based on what they can plate, but that's not the only challenge. They must perform well on camera, on demand, during several screen tests that run the gamut from extraordinary to cringe-inducing.

"I went in with no expectations," Sorenson said. "But I didn't expect the pressure I felt in front of the camera. Getting used to that was the biggest new thing for me."

"My name means 'Amber Woodpecker,'" Dzenis said of her Latvian name, explaining that like the woodpecker, she is a determined worker. "I think the hardest challenge for me was to just take a step back and breathe. Eastern Europeans believe that the more you work, the better you will do, but you have to find a balance and be true to yourself."

The sixth season of The Next Food Network Star premieres Sunday, June 6, at 8pm on the Food Network. 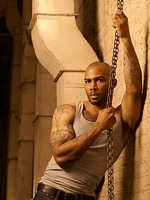