Alamo Drafthouses to merge, Tim League back in as CEO 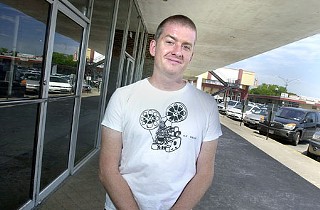 Fresh from his 39th birthday karaoke blowout at the Cannes Film Festival and having survived a blunt force trauma head wound that would've taken out most any of George A. Romero's walking dead, Alamo Drafthouse founder Tim League is officially back as the CEO of "the Alamo Drafthouse Cinema brand." Alamo regulars and Austin Business Journal-types will recall that Tim and wife Karrie League sold the Alamo Drafthouse name back in 2004 (while maintaining ownership of the "Original Alamo" brand, which included the Alamo Ritz, Alamo South Lamar, and Alamo Village venues) and then filed a 2009 lawsuit against Alamo Drafthouse Cinemas Ltd. CEO John Martin for not "maintaining the strength of the brand," as League described it to us a year ago. That all seems to be a thing of the past now, given the announcement that League is back in as CEO and Martin is "transitioning to the role of area developer and plans to continue the expansion of the concept outside of Texas."

Regarding rumors of imminent global domination, League will only say: "I don't have any immediate plan of attack, and I'm not quoting any number of new locations, but that is the plan. The first order of business is to get through the merger aspects ... before we begin looking at what are some of the best markets to be moving in to."

Top of the list: Far South Austin, where a 35,000- square-foot, Circle C Ranch mega-Alamo is slated to open at Slaughter and MoPac in the near future.

As for the blunt force trauma? League remains cagey, e-mailing only that "It had something to do with late night piñatas, Arcade Fire, the Spike Jonze crew and a bit of whisky. All I know is that when they staple your skull, they take out something that looks way too much like a Stanley staple gun ... and then shoot staples into your head."