Lay of the Land

By the looks of recent e-mails TV Eye has received, you would think the only things on TV are reality shows and soap operas. Thankfully, I've been reminded of what a powerful source of information TV can be as well. A recent slew of political, cultural, and environmental documentaries airing on PBS are clear evidence of this.

First up is Barak Goodman's installment of American Experience, My Lai, which examines one of the darkest days in U.S. war history. In the midst of a war that was quickly losing public support and overburdened by physical and emotional fatigue, a company of U.S. soldiers known as the Charlie Company entered a small village in central Vietnam, instructed to enter firing. They were told that they would be facing a Vietcong infantry battalion and that it would be a chance to "avenge the death of their fallen comrades." But when the smoke cleared after the initial attack, it was clear that the dead were not Vietnamese soldiers but innocent men, women, and children. And then it got worse. By the end of the day, more than 500 civilians were killed in what would be known as the My Lai Massacre. In-depth interviews with several members of Charlie Company – many who have never spoken on film about the incident – are included, along with the story of Hugh Thompson Jr. and the flyers of the 123rd Aviation Battalion, who witnessed the massacre from above and decided to intervene. A troubling, compelling film and stark reminder that the greatest casualty of war is humanity. Airs April 26 at 8pm, April 27 at 3am, and April 28 at 2am.

Using archival footage and eyewitness testimony, Steven Ives' 90-minute documentary Roads to Memphis traces the collision of two disparate lives: civil rights activist Martin Luther King Jr. and his assassin James Earl Ray. A career criminal who was as gifted at wrongdoing as King was at leading the civil rights movement, Ray became one of the most famous, if still enigmatic, assassins in modern history. Ives' film, also airing as part of American Experience, depends heavily on speculation by journalists and historians on Ray's thoughts and motives. This weakness in the film nonetheless does not take away from the artful way that Ives traces the trajectory of both men's lives, leading to the tragic encounter that would destabilize a nation and send Ray to prison for the rest of his life. Airs May 3 at 8pm, May 4 at 3am, and May 5 at 2am.

Last call for Earth Day: Two highly engaging films remind viewers of the passion and purpose of Earth Day – but you'll have to set up your recording equipment for these encore screenings. (A third documentary, Robert Kenner's Oscar-nominated and lively yet truly troubling Food, Inc., aired earlier this month on POV and is available on DVD.)

Did you know that the Earth is the only planet in the solar system that has this outer layer of skin known as dirt – a resource more precious than anything else the Earth is blown up, plowed under, or paved over for? Speaking to a variety of advocates, from biologists to Rikers Island inmates (whose good behavior has allowed them time in a community garden), Gene Rosow and Bill Benenson's documentary Dirt! The Movie tells the little-known story of the most amazing resource beneath our feet. Airs as part of the Independent Lens series Friday, April 23, at 3am.

Robert Stone's Earth Days introduces the players who sounded the clarion call to consider the environment in all things we do, culminating in the very first Earth Day in 1970. Airs as part of the American Experience series on Thursday, April 22, at 8pm and Friday, April 23, at 1am.

Are You Ready for Some Football?

This Sunday's special sneak peek at the fourth season premiere of Friday Night Lights at the Alamo Drafthouse South sold out fast. The event, which will feature stars from the show and an afterparty at the HighBall, benefits the Texas Motion Picture Alliance. If you didn't nab a ticket, no worries: FNL's fourth season premieres on NBC on Friday, May 7, at 8pm. 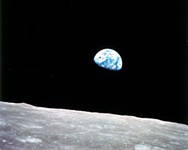 Can the Earth Be Saved?
Walter Cronkite and the creation of Earth Day