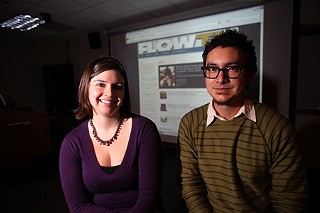 When it comes to entertainment media, the constellation is vast. Gossip-laden magazines like National Enquirer and half-hour infotainment shows like TMZ and Entertainment Tonight appear at one end of the map. Then there are information-driven sources like Enter-tainment Weekly or Paste, where style is just as important as substance. Hard information about behind-the-scenes machinations can be found in trade publications like Variety and The Hollywood Reporter. And when you turn to the Internet, the choices grow exponentially: The gamut runs from AccessHollywood.com and Drudge Report to Ain't It Cool News to the Huffington Post and Salon. But when it comes to a more scholarly, critical look at what's happening in TV and media, the choices get murkier – not because there aren't choices out there but because, like the media landscape, which is changing as we speak, the idea of what makes good media criticism is also undergoing a transformation. That shift is what drove a few Radio-Television-Film graduate students at the University of Texas at Austin in 2004 when they launched an online journal called Flow (now called FlowTV) with an aim to "provide a space where researchers, teachers, students, and the public can read about and discuss the changing landscape of contemporary media at the speed that media moves."

"At the speed that media moves" is the key phrase here. In traditional academic publishing, a lengthy vetting process, which may include peer reviews, a commenting phase, rewriting, and editing, usually happens at the speed of paint drying. And when it comes to scholarly journals, they're not exactly light, beach-blanket reading. Or, as assistant professor Michael Kackman, a faculty advisor at FlowTV, put it, "Scholarly writing sometimes fades into the Miss Othmar voice from Peanuts."

"FlowTV is purposefully written in a voice that is a blend between scholarly writing and popular writing," current FlowTV coordinating editor and RTF graduate student Alex Cho wrote to me in an e-mail. "Pieces are short (about 1300 words) and non-jargony in an effort to encourage readability. ... We think of FlowTV as a space where anyone who is interested in going beyond reportage – to think about what media means – can access a large variety of informed critical perspectives.

The title of the online publication reflects its academic roots. A concept first introduced by British cultural studies scholar Raymond Williams, "flow" refers to the need to examine the entire process of how television reaches viewers, moving beyond an examination of its specific parts, and how ultimately, all media is interconnected.

"I think FlowTV took the media academic circle by surprise," Cho said. "It had momentum from the beginning and has only continued to grow." While similar ventures exist, none seem as persistent and timely as FlowTV. "It's a labor of love," Cho said of the job he shares with Jacqueline Vickery, along with a long roster of graduate editors who help assemble the biweekly online journal.

"Fan forums get all the attention," he continued, "but viewers of all sorts operate in an environment in which the boundaries between public forums, blogs, professional media journalism, and scholarly criticism have become very porous. That's a good thing. It means there are many avenues for people to seek out meaningful criticism, discussions, and debate about our media environment."

Whether TMZ or Access Hollywood fans will seek FlowTV for their media information fix is debatable. But the fact that with a few keystrokes a thoughtful discussion once ensconced in the ivory tower is available to the public at large speaks to the possibility of a more informed media consumer.

In addition to its online presence, FlowTV hosts a conference every two years. The event is typically free and open to a general audience, drawing a wide range of media watchers. Later in the spring, a new anthology, FlowTV: Television in the Age of Media Convergence, will be published by Routledge, featuring 14 essays by FlowTV-affiliated writers.