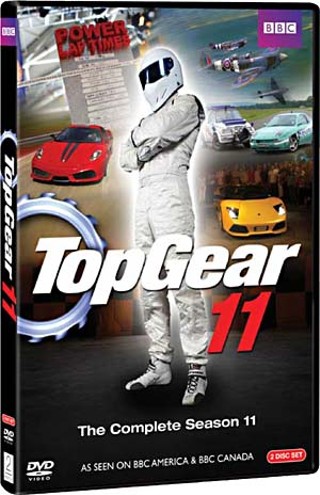 
In 1889, novelist Jerome K. Jerome penned Three Men in a Boat, a quintessentially English tale of a trio of pleasant but bumbling gentlemen taking a trip up the River Thames and ending up hopelessly, haplessly, charmingly stuck in silly situations. In 2002, the BBC took that idea, replaced the boat with cars, the Thames with test tracks, and called the end result Top Gear. Nominally a car review and auto-news show, over the last decade it's become a massive cult success on both sides of the Atlantic due to its gloriously ill-qualified but enthusiastic presenters. There's the bossy one (Jeremy Clarkson), the small one (Richard "The Hamster" Hammond), and Captain Slow (James May, a man that once got lost on a one-way street). Together, they have worked out that the BBC pays them a lot of money to borrow very expensive sports cars, make rude jokes about Volkswagens, and complain about beer prices. For die-hard Top Gear fans, these seasons are particularly intriguing because they were originally broadcast just as the recession took hold, and so the threesome contend with their beloved overpriced gas-guzzling executive toys seeming more ridiculous than ever. Yet for the first-time viewer, the joy is in finding the antithesis of all those tedious infomercials dressed up as gearhead broadcasting. Yes, Clarkson, et al. wax lyrical about brake horsepower and carbon-fiber bodies and bucket seats, but there's a joyous skin-of-their-teeth incompetency any time they get near a steering wheel. When the three look at the oddball challenges set by the producers, like mopeding up the coast of Vietnam or racing buses, and pronounce, "How hard can it be?," the end result is a vehicle that goes slower than when they found it or that has developed some intriguing bumps and scrapes on the bodywork or is best described as "on fire." Finally, a car show for people who hate cars.

Goliath (IFC Entertainment, $19.98): This 2008 feature from Austin's the Zellner Bros. tells the bleakly funny story of a man who loses his cat first and his grip on sanity next.

10 Things I Hate About You 10th Anniversary Edition (Walt Disney, $19.99): With Heath Ledger's final performance in The Imaginarium of Doctor Parnassus finally opening in theatres, here's a chance to remember his breakthrough role.

What Are You Looking At?
Our latest pop-culture fixations 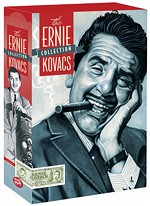