1) 'A SERIOUS MAN' Forget somebody to love – what Larry Gopnik wants is somebody to give him a lousy break. With the Coens playing God to his Job, it isn't likely. Still, this is their most challenging, forgiving, and likable film in a long time. 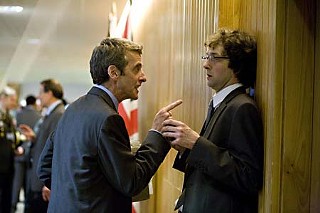 2) 'IN THE LOOP' Inspired by the American-Anglo ramp-up to the Iraq invasion, this deliciously nasty piece of work roasts the feckless, double-speaking politicos behind it all. And, oh, such sweet poetry in profanity: "Fuckity-bye!"

3) 'MOON' The buddy picture of the year! No, really: Sam Rockwell's one-man-in-a-tin-can is an unshowy masterwork, and supporting players Sam Rockwell and Sam Rockwell are pretty terrific, too.

4) 'WHERE THE WILD THINGS ARE' The creatures are true to the spirit of Sendak and a technical knockout, but the real marvel is in how sensitive Spike Jonze is to childhood's confusion, ache, and appetite for sensation.

6) 'ADVENTURELAND' A sweet coming-of-age comedy with deceptive breadth. Sure, there's a virgin in crisis and a serial nut-puncher, but also lower-middle-class kids having to take care of parents too soon and knowing their future isn't any brighter.

7) 'LA DANSE: THE PARIS OPERA BALLET' How do you explain the potency of this 3½-hour, French-language, observational documentary about dance? Easy. Frederick Wiseman made it.

8) 'INGLOURIOUS BASTERDS' If Tarantino had shown a little more restraint, this would have been an unqualified masterpiece. Then again, who wants temperance from QT? Still bloody fantastic as is.

9) 'THE HURT LOCKER' Precision work on- and off-camera, and maybe the most queasy-making movie, top to bottom, I've ever seen.

10) 'THE BROTHERS BLOOM' The third act falls apart, but so what? The Brothers Bloom is a beautiful grift – singular, spry, and terribly tender. Somebody please keep giving Rian Johnson money to make movies.

Up in the Air, Invictus, The Proposal

Away We Go, Mystery Team, Bandslam

No home field advantage here: Austin's own Matthew McConaughey with Ghosts of Girlfriends Past and Sandra Bullock with All About Steve proved suckage is an equal-opportunity employer.

Studio Dunce Cap: Summit Entertainment did well by The Hurt Locker but totally mismanaged the marketing and release of three films that needed special handling – Bandslam, The Brothers Bloom, and Next Day Air – and sucked the fun out of the Twilight franchise by canning original director Catherine Hardwicke. 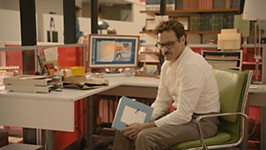 Top 10 Films, Top 10s, A Serious Man, In the Loop, Moon, Where the Wild Things Are, Goodbye Solo, Adventureland, La Danse: The Paris Opera Ballet, Inglourious Basterds, The Hurt Locker, The Brothers Bloom, A Single Man, Bright Star, We Live in Public, Mary and Max, District 9, Up in the Air, Invictus, The Proposal