Still mad about the boy: Jon Hamm in Mad Men

Instead of breaking up this year's list into comedies and dramas, I'm lumping them into one master list. Why? Because dramedies like Nurse Jackie make the dichotomy bothersome. Good is good, isn't it? We'll see what you think after you've taken a glance at my list of the best TV had to offer in 2009.

1) 'MAD MEN' (AMC) There is simply no comparison. Yes, my Breaking Bad "TV Eye" readers, I still can't say enough about this drama. No, I don't think it will solve the world's problems, but it makes me forget about them for one glorious hour. Honorable mention: Damages (FX). The second season is not as brilliant as the first. Still, I'm a fan.

2) 'MODERN FAMILY' (ABC) All the praise everyone has been heaping on Glee I've been saving for Modern Family. Goofy and often touching, this half-hour sitcom makes me laugh out loud at least once per episode. Honorable mention: The Middle (ABC). Largely overlooked (in order to hype Cougar Town), this Patricia Heaton vehicle is often very funny, capturing the life of a harried mom from middle America with just enough sass to make it interesting, but not so totally "Lois" (you know, Jane Kaczmarek from Malcolm in the Middle) that you slap your forehead.

3) 'THE OFFICE' (NBC) Strong season, strong writing, strong performances. I will now officially stop making comparisons between this and its British precursor.

4) 'FRIDAY NIGHT LIGHTS' (NBC) Just when I forget about it, it returns and makes me fall in love with it all over again.

5) 'FRINGE' (FOX) While I finally gave up on Heroes, and I still don't believe the folks at Lost know where the hell they're going, this J.J. Abrams series has kept me riveted, providing a highly satisfying season-ending cliffhanger. Yes, the promos are unrelentingly mysterious. Ignore them. The cast, led by the refreshingly understated Anna Torv, is terrific. Honorable mention: V (ABC). I think I'm the only person in America who likes this remake. What's not to like? Action, aliens, snarly teens, Elizabeth Mitchell (Lost), and, last but not least, Morris Chestnut, baybee! I drop my drawers, um, I mean, my jaw, every time he comes on screen.

6) 'CURB YOUR ENTHUSIASM' (HBO) I had lost my patience with this series, but it found its groove again last season. I especially liked the sly way it handled the Seinfeld reunion and how it commented on the Michael Richards' gaffe with just enough oomph. And the season closer, tying up Larry's effort to win back his ex? Priceless.

7) 'NURSE JACKIE' (SHOWTIME) I admit it: I am enthralled with Edie Falco. Feisty, complicated, earnest, sad, and a little bit wacko, Falco's Nurse Jackie is the person you want to have on your side, no matter what. Honorable mention: The Good Wife (CBS). While I hate courtroom dramas, this one doesn't get under my skin. Perhaps because Julianna Margulies' Alicia Florrick plays a victim without being victimized.

8) 'COMMUNITY' (NBC) Also overlooked, but often very funny. Its freshman season was much stronger than what's happening on 30 Rock (NBC), which, aside from some great individual performances, seems to have lost the wind in its sails.

9) 'MERCY' (NBC) Here are the interesting, positive female characters on TV. Less ooky than Saving Grace (there is no tobacco-chewing guardian angel) and more serious than Grey's Anatomy, this hospital drama features a likable, complicated lead (Taylor Schilling as Nurse Veronica Callahan), who is all too human without being overwhelming bitchy or cloy. 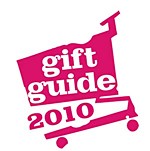