I so wish you could hear Sonia Jones sing the title music to the new, very, very serious documentary about the now classic comedy troupe Monty Python. Think: Shirley Bassey, singing the theme to the James Bond film Goldfinger, as you let these lyrics sink in:

Python, the brand-new documentary of Python

It's a new documentary

It's about Monty Python

Unlike other Monty Python documentaries

This is brand new!

It's a new documentary

But it's better than a hysterectomy

Okay, maybe not so serious.

With all the crazy, Daliesque absurdities of the crackpot Monty Python comedy troupe filling the screen, it's easy to forget that you're watching a serious documentary. But once you've wiped the tears of laughter from your eyes and realized the depth of the Python's impact on an entire generation of comedians and actors, the true seriousness of Monty Python: Almost the Truth – The Lawyer's Cut, a six-part documentary series which premieres Sunday on the Independent Film Channel, begins to sink in. Until I saw a clip of the recurring bit, "And Now, for Something Completely Differ-ent," I had not put it together how radio commentator-turned-TV show host Ira Glass had arrived at the slightly absurd opening for his televised version of This American Life on Showtime (with Glass sitting at a desk in an outdoor setting, as in the Python bit). Or the precedent of Stephen Merchant's droll delivery or the devil-may-care cross-dressing of Eddie Izzard or the zany staccato delivery in Seth Green's Robot Chicken ... the list goes on and on and on.

From the amazing, muscular vocals of Sonia Jones (honestly – you'll want to listen to her sing repeatedly) to the stock footage, the vintage clips, and the first-person narratives of life as a Python from the five surviving members (with archival clips of the now-deceased Graham Chapman), this newest documentary about the legendary Monty Python is as extraordinarily entertaining as it is informative.

Monty Python: Almost the Truth – The Lawyer's Cut is the last in a series of original comedy specials produced by the IFC (preceded by The Whitest Kids U'Know, Z Rock, and Bollywood Hero), and the folks at IFC definitely saved the best for last. Unlike earlier-told Python history lessons, this documentary promises to tell the whole story, from beginning to end, revealing "deeper truths," or, as Python member Terry Jones says, "This is the documentary I always hoped would be made – something so complete and so faithful to the truth that I don't need to watch it."

The documentary premieres Oct. 18 at 8pm on IFC and is part of the IFC's Python-a-thon, featuring the series along with screenings of classic Monty Python films: Monty Python and the Holy Grail, Monty Python's Life of Brian, and Monty Python Live at the Hollywood Bowl.

Here is an episode breakdown of the six-part documentary. All episodes air at 8pm:

"The Much Funnier Second Episode": The evolution of Monty Python's Flying Circus and the road from obscurity to cult celebrity status. Airs Oct. 19.

"Lust for Glory": After success comes surprise with their controversial and often banned second film, Life of Brian. Airs Oct. 22.

"The Last Episode Ever ... for Now": The surviving Python members discuss their last movie, The Meaning of Life, and the passing of Graham Chapman. A range of comedians including Eddie Izzard, Jimmy Fallon, and Dan Aykroyd discuss the impact of Monty Python on their lives and careers. Airs Oct. 23.

For screenings of the Monty Python feature films, check local listings or go to www.ifc.com.

Same Ballpark, Different Positions
Kevin McDonald explains how the Kids in the Hall have worked together 30 years 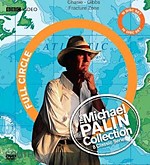