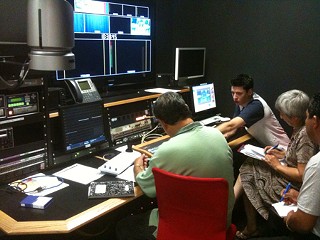 When it comes to community television, Austin has a long and checkered history. Since its inception in 1973 (seen on cable Channels 10, 11, and 16 by cable subscribers), Austin access television has had three physical locations and gone through several name changes: Austin Community Television, Austin Community Access Center, Public Access Community Television, and now channelAustin. Fierce internal conflicts over the years made most outsiders scratch their heads in amusement or turn away in dismay. The lowest point in Austin community TV history came in 2006 with the conviction of former ACTV Manager John Villarreal for embezzlement. But there are also success stories. The Reel Deal, now operating as the website Spill.com, got its start on Austin access TV, as did Austin pundit Alex Jones. And who can forget the charming Werner Zotter, the 1997 "Best of Austin" award winner for Best and Most Heartfelt Use of Public Television for his program, Cowboy From Vienna? Love it or hate it, the one thing Austinites shouldn't be is oblivious to community TV. And yet, with the emergence and continuing evolution of new media, not to mention some major regrouping that occurred following the Villarreal conviction, channelAustin has an identity crisis. Staff, management, and supporters hope to change that in a big way this Saturday with a huge open house dubbed the Digital Fusion Fest. And all y'all are invited.

Since 2005, channelAustin Executive Director Linda Litowsky and General Manager Garry Wilkison (who left to join the Austin Independent School District in 2008) began the painstaking work of rebuilding community TV, from the literal cleanup of the facility to imagining and implementing plans to make Austin's community television studios into a fully realized digital media center. Now functioning with high-definition equipment, improvements include three upgraded and restored studios (a main, a mini, and a one-person microstudio); audio mixer consoles, studio lights, and a teleprompter; 18 industry-standard editing computers, seven of which are available for checkout; and various Sony HD field cameras and accessories. The improvements were made thanks to the $1 million equipment grant due to channel-Austin from Time Warner Cable as part of the franchise agreement with the city. Best of all, every Austin resident has access to the facility and the new, state-of-the-art HD video equipment – following, of course, the required training. In short, channelAustin has realized its plan to become a facility that its citizenry can be proud of and that the city of Austin can point to as a leader among other community television stations nationwide – the majority of which are being eliminated due to neglect, mismanagement, or lack of faith in the full potential of what community television can be.

"We're more than a community television station," says channelAustin Communication Director Stefan Wray. "The advances in technology have made channelAustin become a truly HD digital media center. The new tools should attract new users who will be hard-pressed to find access to similar gear at a comparable cost ... to create content for television and the Internet for what amount to nominal fees."

While much of the credit for the turnaround for channelAustin goes to Litowsky and Wilkison, Litowsky quickly points to channelAustin's "phenomenal staff," many of whom weathered community TV's many storms and held on to see the light on the horizon.

However, there's something else on the horizon. In 2011, the franchise agreement with Time Warner ends, as does channelAustin's contract with the city. How channelAustin will continue after 2011 is unclear – it could be absorbed by the city's Public Information Office, or it could be absorbed by Time Warner. Neither group would necessarily continue the mission of what community TV can be. To fully understand what is at stake, Austinites should take in the new and improved channelAustin during the Digital Fusion Fest and decide for themselves if community TV is worth fighting for.

The Digital Fusion Fest takes place Saturday, Oct. 10, from 2 to 5:30pm at channelAustin (1143 Northwestern Ave.). Tours of the upgraded facility occur throughout the festival. Other event highlights include a Final Cut RapidFire Editing Competition, a video scavenger hunt for the kids, spoken-word artists, music, food, and beer. Free and open to the public. Go to www.digitalfusionfest.org/schedule for a more detailed schedule. 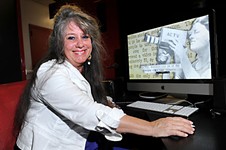