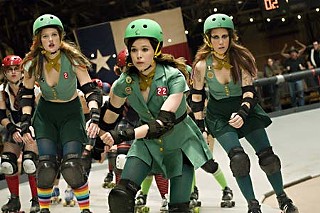 A few Texas hearts got broken when it was announced that Whip It, Drew Barrymore's directorial debut set in Austin's Roller Derby community, was filming around Detroit. But whatever the location, scriptwriter and derby player Shauna Cross said, "It's a total love letter to Austin" – and to its derby girls.

Austin and its derby scene are as much the film's stars as Juno's Ellen Page. She plays reluctant pageant queen Bliss Cavendar from Bodeen, Texas, who straps on her skates to become Babe Ruthless, the ass-kicking jammer for the Hurl Scouts banked-track Roller Derby team. Before signing on as producer and then director, Barrymore's derby experience was restricted to a montage/homage sequence in Charlie's Angels: Full Throttle. She explained, "I knew that the sport had different evolutions of being real and being staged, but I didn't know about the new revolution of these leagues cropping up across the nation until I met Shauna."

That would be former Austinite Shauna Cross, aka Maggie Mayhem of the L.A. Derby Dolls and a part of that modern derby revolution. Quick recap: In 2001, a group of Austin women joined together to revamp the lost sport of Roller Derby, a mash-up of speed skating and rugby. After a major internal rift in 2003 (well recorded in Bob Ray's rink-rash-and-all documentary Hell on Wheels), they split into the banked-track TXRD Lonestar Rollergirls and the flat-track Texas Rollergirls. Both leagues have remained the godmothers of women's Roller Derby, now at roughly 400 skater-run and skater-owned leagues internationally and counting. Although Whip It concentrates on a semifictionalized version of TXRD, Cross said: "I was really scared about the whole flat-track/banked-track thing. There are more girls that skate flat track, and I hoped that they would be supportive or at least see that it's still great both ways and not feel left out."

Cross narrowly missed out on that first derby explosion. She explained, "I grew up in Austin, and right when we moved to L.A., I heard that the girls in Austin had just started and I was just, 'Goddamnit, of course something that cool would happen the minute I leave.'" In 2003, she was searching Craigslist for a tennis partner and found some L.A. skaters who were looking to form a league. "I figured we would never actually skate, but the girls were so much fun to hang out with." Six years later, the L.A. Derby Dolls still regularly compete on the banked track in front of 1,700 fans at their stadium, the Doll Factory. It was the stories that Cross collected around the track that she channeled into her 2007 novel, Derby Girl, which became the basis for her Whip It script. She recalled: "People said, 'You should write about this,' and I had to be badgered for about a year. It was just so personal, and I didn't want it made into something bad. Finally, it was so good that I couldn't not write about it."

When Barrymore and Cross talk about their inspirations, it's a mix of gritty coming-of-age movies like Foxes and Little Darlings and off-kilter locker-room films like Slap Shot and Breaking Away. But when Hollywood started eyeing her book, Cross was concerned that it would turn a real sport into a sideshow. "There is that fear of, 'Oh God, please don't turn it into the slicked-up, Gossip Girl version where everyone's 22.'" Instead, Barrymore immersed herself in the derby world, bringing in players from Austin and other cities to tutor her cast, act as body doubles, and skate in the bouts. "I think I earned their trust," Barrymore said. "We were very diligent about the rules and the moves, and training the girls to do it exactly the way that a Roller Derby girl does." Yet it's the little details, like Bliss buying Riedell skates (the favored brand for many derby players) and the sweat shine that is a skater's mixed makeup and perfume, that may ring truest with the derby community.

Barrymore took to the track herself, in a supporting role as Hurl Scout player Smashley Simpson. She described her as someone who "does not put the game first, and her anger issues override her legalities and sensibilities. But that was the fun of the character, and I love those people." She also caused some concerns: When players saw the trailer, with a shot of Smashley punching out another player midbout, Cross said, "Everyone freaked out right away." Tough as derby is, punching's a no-no: What the trailer doesn't show is what happens next. "She gets thrown out of the game," Cross said, adding that in many cities, "She'd probably get thrown out of the league."

If Barrymore didn't know derby before the movie, she did know Austin: Yet the bulk of filming took place in the home state of the flat-track Detroit Derby Girls. (Blame Michigan's generous film incentives: While "the people in Michigan were total sweethearts," Cross explained, "for a year, it was going to be Texas, and if it hadn't been for money, it would have been Texas all the way.") According to Cross, Barrymore was adamant about keeping the setting without falling back on cliché. "She always said, 'I was going to be damned if I got this drive-by shot of the Capitol.'"

Barrymore explained: "I wanted to shoot the Alamo Drafthouse and South Congress and Waterloo. ... You know, really pick places that are authentic to where derby girls go, like saying, 'We're going to go to Lovejoys.'" It's more than just some establishing shots. When Barrymore and her crew visited TXRD's warehouse last year, league founding member April Ritzenthaler (aka La Muerta) said, "The art director fell in love with it because it's so filthy and dirty and full of Roller Derby crap." Some of that even made it into the film – sent north for set dressing.

For everything that derby has given (or loaned) her, Cross said she hopes she's giving something back. She said, "My biggest hope is that when people see the movie, they go see their local league." 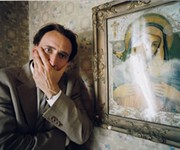 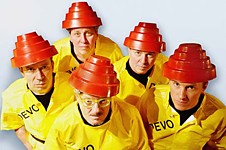