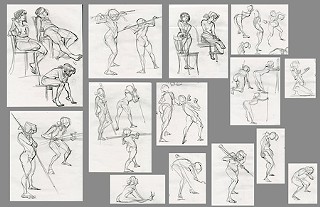 Mona Lisa. La Gioconda. Look at her, Leonardo's superstar, sitting there with that famous smile, her right hand crossed over her left, her dark brown hair carefully parted in the middle. Look at her, year after year – since, like, 1503 – before Abe Vigoda was even born – and what is she doing, still, now that she's been among the cultural treasures of the Louvre since the French Revolution?

What you want is some movement, see? Some pep. Some zing. A little of the old kinesis to lively up the joint, yes?

What you want is animation.

It doesn't take a Renaissance man from Vinci to accomplish that sort of action, no, but it does require some pretty fierce graphic skills. Ever since J. Stuart Blackton set The Enchanted Drawing into motion back in 1900, talented cartoonists have been cranking out – or lovingly laboring over – animated films. Winsor McCay, Max Fleischer, Walt Disney, Chuck Jones, Ralph Bakshi, Hayao Miyazaki, oh, we could go on. And artists like these, just like their peers of the more static images, need to practice their craft diligently and relentlessly to accommodate the creations struggling to escape their skulls. But what, for the sake of verisimilitude, are they going to use for models? Some naked woman who sits in the same dull pose for hours at a time? Some sky-clad man jack reclining listlessly against a large Platonic solid until Abe Vigoda up and dies?

Hell, no. You can find models like that in almost any artistic community, bless their tortillon'd hearts. What you need is somewhere where the models move every few minutes, where the poses are bold, expressive, redolent of dynamic tension and derring-do and parry-dodge-spin-ha-thrust! But where does one find something like that?

Citizens, meet, Powerhouse Anima­tion. Austin's own Powerhouse Animation, as we like to say, named after a Raymond Scott composition, started back in 2001 by the three men who run it to this day: Frank Gabriel, Bruce Tinnin, and Brad Graeber. These guys and their ink- and pixel-stained cohorts have rendered bright 2-D animations for Sony, Disney, Enviromedia, Southland Corporation, and other such heavy players; possibly best of all, they created the animated "Lost Scene" for Kevin Smith's Clerks X DVD. Professionals, in other words, with skills ever in need of honing. Thus, the Naked Lunch series of live-model drawing sessions.

"Austin has a really good animation community, especially with all the game studios in town," says Graeber, giving us the spiel from behind his honcho desk in Powerhouse's North Austin studio. "I wanted a way for all of us to get together," he says, "as opposed to us just doing it in-house. I didn't want a Powerhouse-only event, I wanted an opportunity where we could learn from each other, do some networking, that sort of thing."

So who all attends a Naked Lunch gig? 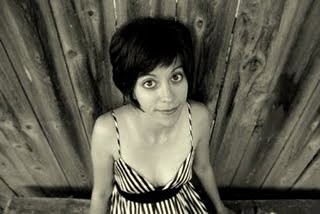 "We have some folks from Sony, some people from BioWare, some from Vigil Games," says Graeber. "I'm not sure every company in the area comes, but we've had 30 to 40 people for each of the sessions, so word's gotten around fairly well." And, for the reasons noted above, a regular sort of artist's model just wouldn't cut the Pantone 130C mustard, right?

"Right," affirms Graeber. "Gesture drawing is kind of the foundation for any kind of figure drawing you need to do for animation, because most of the time you're showing action, you're more concerned with poses that have real weight. Regular figure-drawing sessions tend to focus on long poses: somebody sitting there, lying down, or staring off into space. Most of the models we have are involved in acting, and they use props sometimes. We had the model use a sword one day, with different types of swinging and stabs and stuff, a series of progressive poses, so we could evoke some real action. What used to happen is that a lot of us would go to regular local shows – which are great, any kind of figure drawing is good – but the models would do these long poses for an hour, and most of us get bored very quickly with that."

Because hell, as we know, hath no fury like an animator bored, Powerhouse hired a more active sort of model for its first Naked Lunch installment on May 30 of this year.

"I do regular artist and photographer modeling, too," says the pixieish Kelli Bland, actor/director/theatrical woman-about-town. "So I was posing for Danielle Mika, for the Austin Figurative Gallery. And Danielle told Power­house about me, and they said they'd like me to pose for their first time. There were a lot of animators there, and I got a lot of other jobs out of it. It was very exciting – I always like to be asked to do things! – and I had a great time with all the shorter poses. It's also the best-paying modeling gig in town. It's around $15 an hour for most sessions, but Naked Lunch pays $25 an hour – plus tips."

Which implies, especially in these wracked economic times, that Naked Lunch must be charging the artists who attend?

"It's 10 dollars for the session," says Graeber, whose online alter ego is a costumed fellow called Captain Capitalism, "and it's first-come, first-served, so you can grab a table for yourself. We always get a decent crowd. We haven't been sold out yet, but here's hoping."

And are all the models female?

"We use both male and female models," says Graeber, "although so far we've had more females than males. Our next model is Andrea Mastromatteo, and the next Naked Lunch is on Saturday, ah ..." He checks a desk calendar. "August 29th."

So, on that day, animators will gather with their dead-tree pads and their fancy graphite instruments and –

"Some people still use paper and pencil," says Graeber, nodding, light glinting off his old-school nerd glasses. The man looks, it suddenly dawns, like a younger version of the Church of the SubGenius' J.R. "Bob" Dobbs. "But," continues this amiable Dobbshead, "a lot of the people who come to Naked Lunch bring tablet PCs and use those for their sketching. We use Wacom Cintiqs here in the studio – we've installed the drawing systems into the desks. This way we don't have to go and scan a bunch of drawings or do pencil tests to see how the animation works. There is a difference in the feel of it, and a lot of us do pine for the old days of pencil on paper, but there's just so much of an advantage to working on a screen."

It's an advantage that might have appealed to Leonardo da Vinci, who, after five years of working on his now-ubiquitous portrait of Lisa del Giocondo, simply gave up and left the work unfinished. Of course, Leonardo's model – unlike Kelli Bland, Jorge Sermini, Michelle Keffer, Andrea Mastromatteo, and the other Naked Lunch subjects yet to come – didn't do much to engage her artist's attention. No dynamic poses for the Mona bloody Lisa, oh no; no acting out a fight scene or pretending to escape from a giant robot for that wealthy silk merchant's wife: She just, boringly, sat there, smiling.

The next Naked Lunch is scheduled for Saturday, Aug. 29, 1-4pm, at the United States Art Authority, 510 W. 29th. www.nakedlunchaustin.blogspot.com. 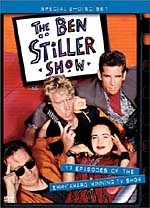 Holiday Bonuses
DVDs for under your trees 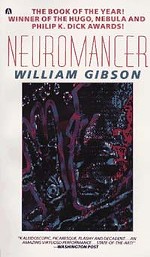