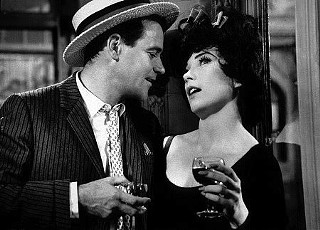 Some 20 years ago, not long before his death, my friend George Morris grew horrified when he learned that I had not seen two of Billy Wilder's late-period movies, Avanti! and Fedora. The former Austin Community College film instructor, author, and occasional Austin Chronicle film reviewer insisted I come over to his apartment for some video-watching and a tutorial. I was already a big Wilder fan; my conversation with George had begun with my defense of Wilder's final movie, Buddy Buddy, a widely disparaged buddy film and hit-man comedy (way before this particular subject matter became a fashionable subgenre) that starred Wilder's signature duo, Jack Lemmon and Walter Matthau. When we think of Wilder's comedies, everyone can rattle off such titles as Some Like It Hot and The Seven Year Itch. Also well-known are many of Wilder's dramas; Sunset Boulevard and The Lost Weekend come readily to mind, maybe also Witness for the Prosecution, Stalag 17, and Ace in the Hole. Yet none of these titles is from the last period of Wilder's film career. The Austin Film Society's upcoming Essential Cinema program zeroes in on Wilder's latter comic period, beginning with One, Two, Three, made in 1961, and concluding with 1972's Avanti!.

The tweaking of social mores and sexual conventions was always integral to Wilder's films and world-view. "Nobody's perfect," the closing line of Some Like It Hot, is perhaps the perfect summation of Wilder's laissez-faire attitude toward sexual liberties. Yet as cultural attitudes toward sex and politics grew more permissive and progressive throughout the Sixties, filmmakers had to push further and harder to stay abreast of the times, if not one step ahead of them. Wilder's comedies are recognized for their embrace of popular culture (they are dotted with references to other contemporary movies and world events) and their effortlessly colloquial language, which sounds the way people talk and is colored by pervasive double entendres (originally devised as a means of saying that which can't be said).

Three of the films in this series star Lemmon, who appeared in a total of seven Wilder films and became the face of the director's Everyman. In Irma la Douce and Avanti! (both of which Wilder co-scripted with his writing partner I.A.L. Diamond, as well as the rest of the five films in this series), Wilder and Lemmon thumb their noses at sexual proprieties. In Irma la Douce, Lemmon plays a French beat cop who falls for Irma, the prostitute played ever so winningly by Shirley MacLaine. In Avanti!, Lemmon is cast as the conventional son of a corporate tycoon who travels to Italy to claim the corpse of his father, who died there while on vacation. He gradually learns that his father died in the arms of a longtime paramour, and the son's initial shame and disappointment develop into tolerance and acceptance as he experiences his own dalliance with infidelity. Probably essential to both these films' sexual liberties is their European settings. Back on American soil, The Fortune Cookie takes on nonsexual national customs such as greed, racism, insurance scams, and more. The Fortune Cookie marked the first pairing of Lemmon with Matthau, who earned an Oscar for his scabrous performance as ambulance-chaser Whiplash Willie and went on to co-star with Lemmon in eight more films.

Another film set abroad is One, Two, Three, an uproarious comedy about Coca-Cola's top executive in West Berlin whose career appears in jeopardy when his daughter goes gaga for a hunky Communist from East Berlin. The film's star, James Cagney, bolsters the comedy with his rat-a-tat rhythms, lending an uncommon quickness to Wilder's movie. (Wilder's weakness as a filmmaker was that many of his films seemed just a tad too long.) With Kiss Me, Stupid, however, Wilder found popular sentiment – and the Catholic Church and Hollywood censors, too – turning against him. The comedy went too far in flouting its sexual indiscretions with its story of a couple of would-be songwriters in Climax, Nev., who try to sell one of their tunes to the popular entertainer Dino (played by Dean Martin, in a self-referential send-up of his image). Their lure is a prostitute, played by Kim Novak, who poses as an alluring housewife. The plot seemed too crass and irredeemable for popular taste, though to be honest, the movie has greater problems than merely being out of step with the times. But, as Wilder might write, "Nobody's perfect."

All screenings are at 7pm on Tuesdays at the Alamo Drafthouse South Lamar or the Alamo Ritz. 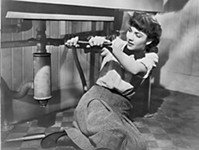