Hey, Emmys! This stuff doesn't just write itself, you know.

I was going to delay my annual tirade about the Emmy nominations (which were announced last month) until it got closer to the telecast. However, a change in the awards show scotched that plan.

According to the Aug. 3 issue of The Hollywood Reporter, the Academy of Television Arts & Sciences (aka the Emmy folks) decided to "time-shift" several of its award categories. That means that two nomination categories each for actors, directors, writers, and producers will be pretaped and presented in an edited format during the telecast, thereby trimming at least 15 minutes from the show's airtime and making, presumably, for a superior Emmy show.

The outcry over this change has been the swiftest and the loudest from writers. The Outstanding Writing for a Drama Series and the Outstanding Writing for a Miniseries, Movie, or Dramatic Special are the two writing nominations being jettisoned to tape. More than 100 TV show-runners and TV writers have signed a petition decrying the action, stating:

"We, the undersigned showrunners and executive producers of television's current line-up of programs, oppose the Academy of Television Arts and Science's decision to remove writing awards from the live telecast. This decision conveys a fundamental understatement of the importance of writers in the creation of television programming and a symbolic attack on the primacy of writing in our industry. We implore ATAS to restore these awards to their rightful place in the live telecast of the 2009 Emmy Awards."

When talking about Emmy nominations, I often start with the writing nominations. Why? Because without writers, there is nothing. And the fact that the Outstanding Writing for a Drama Series – the category that is most representative of superb TV today – is being relegated to tape is absurd. As if that weren't bad enough, there were only four writing categories broadcast to begin with. (A fifth category – Outstanding Writing for Nonfiction Programming – is already excluded from the Emmy telecast.)

From the ATAS perspective, the change makes some sense when you look at the nominees in the two scuttled writing categories. There are only two series represented in the Outstanding Writing for a Drama Series: Lost (ABC) and Mad Men (AMC). For the Outstanding Miniseries, Movie, or Dramatic Special there are five nominees, but four of them are HBO shows (Generation Kill, Grey Gardens, Into the Storm, and Taking Chance). PBS' Little Dorrit rounds out the list. The ATAS contends that viewers don't enjoy the Emmy Awards when they are not familiar with the winners. And since cable networks AMC and HBO do not have as many viewers as traditional networks, viewers are less likely to know about the nominated series or care about them.

Not that the ATAS cares, but here's what I think: Concentrate on celebrating TV instead of pulling ratings, not that putting on a good show isn't important. But clearly, after last year's all-time low, putting on an engaging Emmy Awards show is not the producers' strong suit. Why not take a more nonfiction/documentary-style approach to the presentation? Introduce viewers to the more critically acclaimed work in a way that piques curiosity and drives them to, if not get a cable subscription, check out these series online through Hulu, Netflix, and the myriad other ways to watch TV. I realize this is heresy, acknowledging that viewers might want to watch content in a nontraditional manner, but these are nontraditional times. The media climate is changing. Catch up.

Why have an awards show to begin with? To recognize the crème de la crème is the stock answer. If that's the case, why not make it a more exclusive event? Why not start broadly on the small screen and drive more discerning viewers to a live stream of the event online? Believe it or not, I think a lot of hardcore TV fans would actually pay for access to an exclusive, online event – if it were done right.

All of these suggestions require trashing stodgy ways of doing business as usual and learning to play well with new media. In this regard, TV is doing a much better job than the music industry, but there is still room to grow. 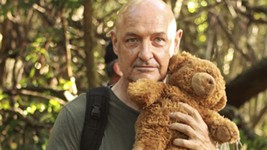