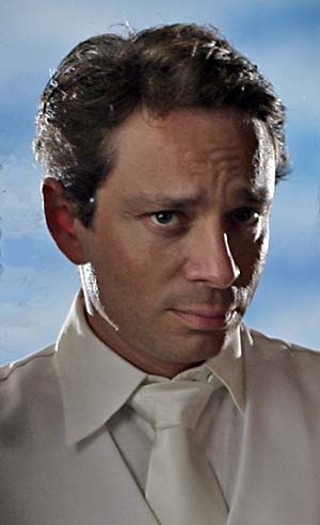 Chris Kattan wants to be famous. Okay, he is famous. The Saturday Night Live alum, known for his flamboyant Mango, the strange Mr. Peepers, and half of the sleazy duo the Roxbury Boys on the sketch comedy series, has done all right for himself. He moved on to films when he left SNL in 2003 (Corky Romano, Monkeybone). All in all, he's done well, hasn't he?

According to Kattan, as he says at the beginning of his new three-part TV miniseries, Bollywood Hero, he always wanted to play the leading man, the guy who saves the day and wins the girl. If Harrison Ford is too old for leading man roles, who's getting them?

"Matt Damon," his agent tells him flatly. And Kattan – he's told indelicately –is no Matt Damon.

And thank goodness for that. Because who else could pull off this no-holds-barred role in a show that's part Bollywood musical, part road film, part screwball romantic comedy, and part behind-the-scenes look at filmmaking? Put together, it's one of the most original miniseries to appear on the small screen – ever.

Slyly mixing fact with fiction, Kattan stars as a version of himself, a successful but frustrated actor relegated to playing comic roles that are not challenging and definitely no fun. When his agent tricks him into another half-man, half-animal role (Klaptar the Space Goat), Kattan finally loses it.

"Okay, I'm not Matt Damon," he concedes, "but I'm not Yoda either." He begins to make his case for getting larger leading-man roles, only to be laughed at, belittled, sneered at, and ignored. After a chance encounter with an East Indian film director (Ali Fazal as Monty Kapoor), Kattan is finally offered the lead role he's been looking for. While he frets over the unfortunate title (Peculiar Dancing Boy) after a few more humiliating moments, Kattan happily ditches Hollywood for Bollywood, and we're off.

Filmed over the course of 10 weeks in Mumbai, Bollywood Hero was aided by some of Bollywood's finest, including the stunning Rachna Shah, who stars as Kunti Koothrappally, a reclusive former Bollywood star who Kattan must woo in order to save the film when the original leading lady (Neha Dhupia) quits. Oscar-winning choreographer Longinus Fernandes (who choreographed the "Jai Ho" dance at the end of Slumdog Millionaire) works his magic in Bollywood Hero, while singer-songwriter Michael Penn wrote and produced three original songs for the miniseries. A Bollywood version of Penn's "No Myth," performed by the Bombay Dub Orchestra, is easily a high point among the musical numbers.

A great romp and often laugh-out-loud funny, the only downside of Bollywood Hero is that it's not available on the large screen, where the full scope of its Mumbai backdrop should be experienced. That, and a few of the plot points are a little flimsy, as when Kattan's love interest, Priya (the lovely Pooja Kumar), who is also the producer of Peculiar Dancing Boy, leaves in a huff when she thinks Kattan is heaping the praise onto Kunti a little too thick. Her adolescent response is unbelievable, but what the hell. There has to be a starting pistol to launch the romantic chase.

As the film progresses, you keep waiting for Kattan to morph into the Cary Grant he aspires to be. Kattan is not Cary Grant, but he's not Yoda either. What he is is something entirely unique. In the end, Kattan comes to appreciate his own talents. But thanks to Bollywood Hero, I suspect his Mr. Peepers and Mango days are over.

As if that were not enough, the guest appearances in Bollywood Hero are priceless. The best among them are Keanu Reeves (overbearing and funny) and Jennifer Coolidge, who literally does nothing and still manages to be hilarious. David Alan Grier, Maya Rudolph, and Kip Kattan (Kattan's real-life father) also appear in brief, highly memorable moments throughout. 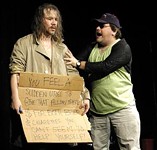 ImproviNation
Can I get a suggestion for an Austin festival in which troupes from across the country gather to create instant comedy?