Tweet
print
write a letter
It all started with a microcinema, really. A vital element of Austin's cinematic community was born and blossomed around Richard Linklater's nascent Austin Film Society screenings upstairs at Eighties-era Captain Quackenbush's on the Drag. Technically, it started even before that, with the arrival of CinemaTexas, the University of Texas Radio-Television-Film Department offshoot that initially brought many of the founders of The Austin Chronicle together in the mid- to late Seventies. It's fair to say that Austin now boasts nearly as many exciting cinema-centric events per year as most other cities have stultifyingly dull and overhyped concerts in the park. In point of fact, we have so many micro film events that we're going to need a list to keep track of them all.

Clearly, a roundup of sorts is in order. But first, what exactly is a microcinema? For our purposes and as a general guideline, a microcinema is anything smaller in scope and number of exhibition venues than the two local minifests that probably would've made the cut last year but have since grown in size and scale: the Austin Asian American Film Festival (www.aaaff.org) and the Austin Jewish Film Festival (www.austinjff.org). Which is to say that monthly series screenings, such as Nueva Onda's top-notch movie nights, fall under the microcinema purview, as does the Austin Cinematheque, but the South by Southwest Film Festival and the Austin Film Festival do not, nor does the ambitious year-round programming of the Austin Film Society. Clear? Cool beans. Turn on the iPhones and call up the calendars because, as the Austin Underground Film Festival's Andy Gately says, "Film festivals have gotten so big that they cross-program, and you have to choose which movie you're going to miss. In Austin, you have to choose which festival you're going to miss."

[Note: Due to the inconstant nature of Austin microcinema, this list will be updated online to reflect new additions and/or subtractions.]

When: Second Thursday of every month, 8pm

Why: "We show pretty much anything that doesn't turn the stomach, including features and feature documentaries. We have door prizes at every screening and often filmmaker Q&A. We're always in need of new films, new filmmakers, and new patrons." – David Chang, curator

Why: "I'm amazed there wasn't an Austin Underground Film Festival before us. That name itself has gotten us a lot of mileage just by virtue of the fact that it sounds like it's been around. It lends the fest credibility. I can't tell you how many people have said, 'Oh, yeah, the Austin Underground Film Festival – I think I went to that, like, 10 years ago.' It kind of banks on the coolness factor of Austin as a city in the eyes of the world, and if you put those four words together, well, all I have to do is live up to half of what that phrase conjures up in people's minds, and then our job is easy." – Andrew Gately, founder

Why: "The Austin Cinematheque is a film collective based upon the glory days of Cinematexas. Before Cinematexas resurfaced in the early 90's as a short film festival, it thrived for decades as a repertory film series showcasing the best of classic and independent cinema. Many of Austin's leading filmmakers and film writers throughout the 70's and 80's spent their days watching these screenings free of charge on the University of Texas campus. Programmed in the vein of the Cinematheque Francais in Paris, Cinematexas represented a chance for feature films by artists, mavericks, and enfant terribles from all walks of life to share the same screen throughout the semester. ... [W]e hope to inspire the same kind of excitement in our audiences by providing a free venue for cinema's greatest known works, to be projected in their natural state." – From website

Why: "We started in 2003. I'd say the overriding thought behind it was to give short films another breath of life so that they can be screened at least once outside of the major festival venues. We started out exclusively with shorts at the Arts on Real theatre, Emo's, Mother Egan's, Salvage Vanguard Theater, and St. Edward's University. I applied for and received money from the Texas Cultural Grant, which gives us money to rent the films from the filmmakers. Our most recent incarnation has been focusing as much as possible on Austin/Texas films." – Ryan Long, founder

Why: "Cinemakids was introduced in 2000 to honor young filmmakers who create visual art, as well as to motivate other youth to become culturally active through media production. Now in its tenth year, Cinemakids is a two-day weekend program that includes screenings of youth-made films, as well as workshops for young people in basic film production techniques." – From website

Why: "We have a no-censorship policy, and so the kids can do whatever they want so long as the parents okay it. We want to give the kids a chance to see their films, in front of a real audience so that they can get the feedback that they wouldn't necessarily get in the classroom from their peers. We've had a lot of award-winning short films come out of this that have then gone on to get national attention." – Co-Executive Director Anne Goetzmann Kelley 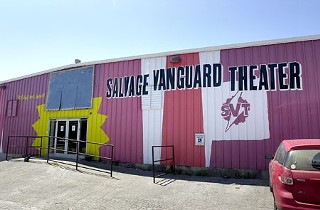 Why: "This is our first year. Vicky Boone came up with the idea of creating a microcinema series where films could get more than one screening in town. We talked to a lot of filmmakers in town – Kat Candler, Bryan Poyser, PJ Raval – and asked them where they thought the holes were and what we need more of, in terms of style and type of film, in Austin's screening schedule. We want to fill in the gaps. We combined their input with our curator [and Austin Film Festival Film Program Director] Kelly Williams' perspective in a way that we feel reflects the larger SVT mission and arts agenda." – SVT Artistic Director Jenny Larson