An Elegy for M.J. 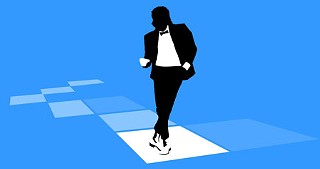 I wasn't going to write about Michael Jackson. I believe I said what I needed to say when I wrote about him after his child molestation trial in 2005 ("TV Eye," June 24, 2005). Ironically, the headline for that column was similar to this one: "Mourning Michael Jackson." But I felt compelled to write about Jackson now because I realized that all my experiences of him were through TV. I never saw him in concert. And there is still something iconic about Jackson's appearances, especially when he performed live, that reminds me how powerful TV can be when it comes to capturing those once-in-a-lifetime moments in the intimacy of your living room.

I've spent a lot of time viewing Jackson-related clips online. A lot of them are of old performances I saw when they first occurred; others are tributes by other performers in concert. Somehow, it's not the same, though I do admit to being moved by a YouTube clip of Stevie Wonder in a Kansas City concert the day after Jackson's death. Wonder openly weeps when, during a medley of Jackson hits, "Never Can Say Goodbye" begins to play, and that familiar, crystalline tenor soars into the sky. If you don't tear up watching that clip, then you either have a heart made of stone or you were never touched by Jackson's music to begin with. Or maybe it's a generational thing. Since Jackson and I are the same age, I feel like I grew up with him. In spite of all the bizarre behavior and the questionable private life, made very public, he felt like a brother in the most symbolic sense of the word.

These are the notable TV moments with Jackson I will always cherish:

Jackson and the Jackson 5 entering the national spotlight with their first performance on The Ed Sullivan Show in 1969. Jackson singing "ABC" with the Jackson 5 on American Bandstand in 1970. Jackson's stunning performance of "Billie Jean" on Motown 25: Yesterday, Today, and Forever in 1983. The premiere of his "Thriller" video on MTV also occurred in 1983, a landmark event because of its cost, its length, and because it broke the unspoken (but widely talked about) racial barrier on the cable music network.

As I finish writing this column, it's only a few hours until the start of the public memorial at the Staples Center in Los Angeles. The event (or spectacle, depending on your point of view) was to be carried live on E!, ABC, NBC, CNN, and MSNBC. I can't imagine what lasting moments will come from that event. In the meantime, how I closed the 2005 "TV Eye" about Jackson bears repeating here:

"Those of us who remember Michael Jackson before the glove will always mourn the boy we grew up with, who moved us and left us many years ago."

Moonwalk, The Michael Jackson Tapes: A Tragic Icon Reveals His Soul in Intimate Conversation, and Michael Jackson 1958-2009: Life of a Legend
Three print rushes, but only the picture book tells the real story