The Boys in Dark Blue 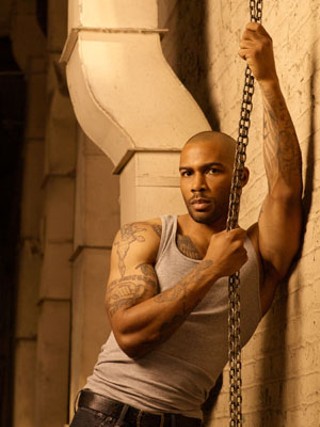 You have to give it to producer Jerry Bruckheimer. The man knows how to make some successful TV. While I'm not a fan of procedurals like his CSI, Without a Trace, or Cold Case, his series have always had solid storytelling and intrigue. Even his reality competition show, The Amazing Race, has a way with telling a story. So it comes as no surprise that his newest series is not only the strongest of the new series to premiere on the cable network TNT this summer (following the disappointing Hawthorne); it eclipses its forerunners as well.

The newest Bruckheimer series is Dark Blue. It stars Dylan McDermott (The Practice) as the leader of a special undercover police task force in Los Angeles. In fact, they're so undercover, even the Los Angeles Police Department isn't entirely sure what Lt. Carter Shaw (McDermott) and his crew are up to. This is the crux of the series and what makes it enormously watchable – well, that and the breathtakingly attractive cast. McDermott is supposed to be the star of the show, but my, oh my – I just can't take my eyes off Omari Hardwick (Saved) and The OC alum Logan Marshall-Green. Rounding out the crew is Nicki Aycox (Supernatural) as the newest member of the team. But it's not the cloak-and-dagger business that makes this series compelling: It's the psychic cost of "going under," the strain it puts on intimate relationships at home and the effort that must be made to create new relationships with the very criminals they are trying to bring down. It's not just walking the walk or learning to fit in; it's earning someone's trust. To do so, you have to be skilled at deception – so skilled you may end up deceiving yourself. Hard and fast lines between right and wrong are blurred in order to stay undercover and ultimately, as the wife of Ty Curtis (Hardwick) says as she watches him prepare to depart for an undercover job: "I'm not worried about when you come back; I'm worried about who you are when you do."

The series smartly starts in the middle of a case. Dean Bendis (Marshall-Green) has successfully infiltrated a blue-collar gang, but when the gang tortures and dumps an FBI agent, leaving him for dead, Lt. Shaw sends his team in to find out if Bendis has indeed flipped to the other side. In the midst of that, Shaw works to keep the FBI at bay, takes angry calls from the police chief, and otherwise tries to keep everyone who has a stake in the matter as far away from the case as possible.

In his second TV role since his award-winning turn as Bobby Donnell in The Practice (he was in 2007's Big Shots, the short-lived series about spoiled CEOs), McDermott here plays a grizzled, sleep-deprived officer with a veiled disdain for other law enforcement, most notably the FBI. It's clear the producers are trying to grubby up McDermott's earlier pretty-boy image. The stubble and the rumpled trench coat help somewhat, but the score that seems to be playing whenever Shaw has "a moment" feels heavy-handed. I giggled the first few times I watched these scenes, trying hard to convince me how hardcore and damaged Bobby, er, I mean Carter Shaw is. Perhaps McDermott will grow into the role. In the meantime, it's the fantastic – and yes, young and beautiful – supporting cast that has all my attention.

The Food Network is coming to Austin to look for potential contestants for the sixth season of The Next Food Network Star. Interested applicants should download an official application and read through the requirements before attending the open casting call Friday, July 17, from 10am to 4pm at the Hyatt Regency Downtown (208 Barton Springs Rd.). Can't show up in person? You can also submit a three-minute audition video. Go to www.foodnetwork.com/star to get the details on how to do that, and download an application.

R.I.P., Ed McMahon. Find a comfy spot on that couch in the sky, and relax.