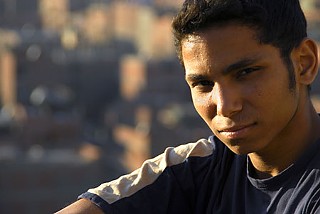 
In Cairo, Egypt, population 18 million, there is no municipal garbage service. Residents rely on the Zaballeen, indigenous workers living on the outskirts of the city who, for generations, remove trash for little or no money and make a profit through recycling. Within the past decade, however, the city has begun contracting with outside firms from Spain and Italy, threatening the lives of the 60,000 Zaballeen who populate the city's slums and depend on its waste to survive. Filmed over four years, Garbage Dreams follows the lives of three teenage Zaballeen boys – Adham, 17; Nabil, 18; and Osama, 16 – as they navigate the minefield of adolescence and struggle to find their place as members of Egypt's "nothing class" in a rapidly globalizing world. It's a 21st century coming-of-age story set in a world trapped in the past: Its concerns are local, but its themes are universal.