FiveThirtyEight.com's Nate Silver on the state of the nation 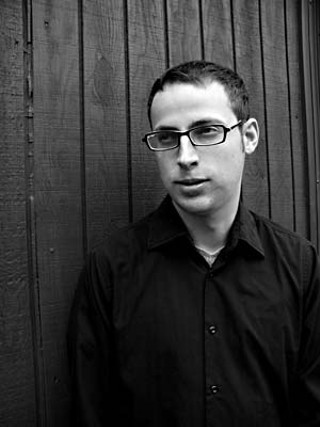 Obama wasn't 2008's only breakout star: Nate Silver, a baseball statistician with a predilection for politics parlayed his number-crunching acumen into one of the election's most closely watched blogs, FiveThirtyEight.com. Outflanking pollsters through the primary elections, he accurately predicted 49 of 50 states on election night. Silver will be interviewed for the South by Southwest Interactive keynote session Sunday, March 15; the Chronicle spoke with a busy Silver as he made a grocery run.

Austin Chronicle: You came to blogging from a background in baseball stats. In the post in which you revealed your identity on FiveThirtyEight, you said both fields use data badly. I was wondering if you could expand on that.

Nate Silver: I think people sometimes have a misunderstanding of what statistics are. People confuse statistics for factoids, you know what I mean? Like, "Oh, there are 223,000 people in this city." That's not really a statistic. A statistic is a process for translating data into meaningful, real-world conclusions. A lot of what people do in politics is they'll take a poll at face value [and] publish it as face value, not really understanding what it means in the bigger picture. In the case of a poll, for instance, it might be a poll that's an outlier, not very reliable; it might not mean anything because the election is 12 months away. Or something like that. In baseball, people look at statistics like batting average or RBIs ...ultimately, that's really no use. What you really want to know about is what helps teams win baseball games.

AC: Do you think the work you're doing has driven that conversation by improving data or maybe shaming some of the bad statisticians? Do you feel like polling has improved any?

NS: Well, I think we're forcing people to be a bit more accountable. ...There's more to a poll than just getting the right outcome; of course that's important, but it matters that you're transparent, that you got the right results for the right reasons instead of the wrong reasons, that you disclose your methodology and all that kinda stuff. We kinda try and nudge pollster toward accountability because we have enough traffic and enough market power where if we have a well-reasoned critique of a pollster's methodology, then it could potentially impair their business. We're read by a lot of folks, and we're read by insiders, quote-unquote, too, so it gives them incentive to be more open and honest about what they're doing and not make it this big black box like it's tended to be in the past.

AC: The Internet has democratized media; people start their own blogs.Do you think as tech continues to expand we'll see more polling and number crunching online?

NS: I'm sure there will be competition, yeah. Alternately, it's just me and a computer and someone who decided to devote a lot of time to doing this right. And those aren't the most intimidating barriers to entry, necessarily. ... It comes down to hard work; it comes down to getting your hands dirty and being willing to stay up late at night and experiment with different types of things and think about different kinds of problems, so there's no kind of substitute for all that, I don't think.

AC: Are you gearing up for the 2010 midterms already, or is it too early out to start thinking about that?

NS: We've looked a little bit at the Senate races in 2010; those tend to have the longest lead times. In a certain number of races, you already have declared candidates in both parties. They're so expensive to run. A Senate race, you have to have your finance committee and everything else up and running really a year and a half in advance in an expensive state, like Florida. Or Texas. You've already seen Kay Bailey [Hutchison] do all kinds of stuff –that's for governor, I guess. So we're set a little bit.

For the most part, I think the lead political story of the next year is Obama's agenda and the economy, so we're also trying to provide some coverage of that. My background was in economics – that was my major at the University of Chicago – so fortunately, many of the things we're talking about now are relevant to economics, so I can hopefully talk, not as an economist, quote-unquote, but in an educated way, an economically informed way, about the stimulus and to a lesser extent, the bailout, which is a little bit more complex. But certainly on things like health care, environmental legislation– these are all kinda economics questions. Where[as] something like foreign policy, I'm much less likely to try and comment on credibly. It's just not my area of expertise.

NS: I don't know. The question is: Where is the Republican Party in general right now? I think there are factions that are starting to organize around different leaders. You saw on the stimulus bill where you have Bobby Jindal and some of the other Southern governors say, "We're not going to take the stimulus funds," and you have Charlie Crist and Arnold Schwarzenegger say: "Yeah! We love the stimulus! Thanks, Obama!" You see the conservative populist candidates kinda splitting off from the more moderate technocrats, I suppose. I think that's a split you'll start to see more profoundly as it goes along. Because no one knows who's really in charge. The House leadership thinks it's in charge, Mitch McConnell probably thinks he's in charge, but no one really cares about Mitch McConnell all that much. Literally, almost half of the sitting Republican governors are plausible candidates for the presidency in 2012, and they're all over the map, from people like Jodi Rell in Connecticut, who's more moderate than some Democrats, to some of the more conservative Southern candidates. So we're gonna continue to see where they'll end up.

I think in terms of legislation strategy – I don't know. Part of it is, I think, they don't care that much about blocking the legislation; they just wanna be able to say, "I told you so," later on. The fact is, the economy hopefully will recover at some point, but I'm not necessarily sure it will recover by 2010, and if it does, job growth tends to be a lacking indicator instead of a leading one, and that's kinda what people are most concerned about on Main Street. So for that reason, it's not a bad bet that the economy will be poor in 2010, that Democrats will get blamed for it, and I think [Republicans] want to differentiate themselves from that.