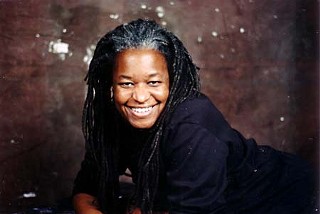 Writer, artist, and community activist Ana Sisnett died last week after a long battle with ovarian cancer. Her passing comes at a moment in history when the anticipation of new beginnings sparkles in the air. And yet, this new world – a world without Sisnett – doesn't quite make sense. The world without Sisnett is like a clear night sky without the moon.

I did not know Sisnett the way others did. I was not among her close family of friends or the countless individuals who worked with her in her many efforts to empower women and communities of color here in Austin, in Texas, and around the world. She did this most recently while executive director of Austin Free-Net, a nonprofit that works to narrow the digital divide, until treatment for her illness caused her to step down. Alternately known as a "technomama" and a respected community technology leader, she was an early blogger (www.mamawire.easyjournal.com). Her posts reveal a thoughtful, articulate, passionate, and playful mind. There was plenty of work to be done, but there was always time to hang. She supported ALLGO, a statewide organization for queer people of color, and other progressive groups. Community media, anti-oppression workshops, and HIV/AIDS awareness were among the projects she tackled through advocacy, performance, writing, and eventually painting. "Her activism," says friend and New York-based theatre artist Daniel Alexander Jones, "was like breathing, always present and consistent, never for show."

My first encounter with Sisnett remains vivid. I had just moved to Texas in the late Eighties when a group of new friends invited me to San Antonio to see singer-songwriter Tracy Chapman perform at an amphitheatre. Sisnett was already there when we arrived, and I sat behind her, immediately intrigued with this regal woman who effortlessly commanded attention. Between songs, Chapman made a comment about surviving heartbreak, to which I sputtered something revealing that I knew the subject well. Sisnett turned to me with an ecstatic "Oh!" her hands thrown into the air, then down to cover mine with hers, clutching them warmly as she bowed her head, then turned back to Chapman. Something about Sisnett hearing me, the warmth of her touch, and more distinctly, the depth of her compassion – fierce and immediate – added up to a feeling as if I'd been anointed, as Jones calls it, by "her singular spirit."

I never saw Sisnett dance salsa or heard her recite her celebrated, signature poem, "How to Eat a Mango." In the days since her passing, I've been stirred to consider not only her many contributions but the work that remains undone. Her passing has made many bereft, but her legacy is profound. It's time for the rest of us to get stepping.

Sisnett is survived by partner Priscilla Hale, her children Meredith Sisnett and Ghamal Webb, two grandchildren, and a large circle of friends and colleagues.

A public memorial service for Sisnett will be held at Trinity United Methodist Church, 600 E. 50th, Saturday, Jan. 24, at 1pm. 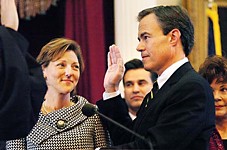 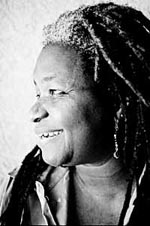