The lasting power of 'Ladies and Gentlemen, the Fabulous Stains' 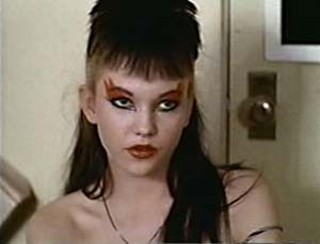 Ladies and Gentlemen, the Fabulous Stains

"You are so jealous of me. I'm everything you wanted to be."

"Exactly." – Exchange between Corinne "Third Degree" Burns and the Looters' Billy in Ladies and Gentlemen, the Fabulous Stains

X-Ray Spex had come and gone – as had, seemingly, Poly Styrene's battle cry that intro'd the group's signature anthem: "Some people think little girls should be seen and not heard, but I think: Oh bondage, up yours!" It had been four years since 15-year-old Ari Up and the Slits made a convincing case for impassioned amateurism and toured with the Clash; it had been two since the Raincoats released their groundbreaking, genius stroke of a debut album. The lesbian/feminist-fronted Au Pairs would soon split, as had or would Delta 5, Kleenex/Liliput, and most of the other sexy, funny, pissed, bril, feminist bands of the age.

Before it was "proto-riot-grrrl," it was "post-punk," and even in the pre-Internet Seventies, it wasn't all that hard to come by. Most of the bands garnering that label were British, it's true: The Runaways had yet to rectify their reputation as Kim Fowley's jailbait novelty act, and while the Shaggs redeemed the idea of exuberant atonality, they were, in actual fact, their father's dork-rock novelty act. Still, if you were looking for all-female bands as rocking and/or political and/or musically uppity as Crass or the Clash or the Mekons, by 1981 you had plenty to choose from.

Viewed in this context, what history has done with the film Ladies and Gentlemen, the Fabulous Stains seems a little weird.

Penned by Slap Shot writer Nancy Dowd (who later took her name off the credits) and directed by music producer Lou Adler, The Fabulous Stains should have been both familiar and a revelation: It's a radical, fun portrait of a fictional all-female band struggling to make it on its own terms. Led by Corinne "Third Degree" Burns (Diane Lane), the drumless trio includes Burns' sister, Tracy (Marin Kanter), and cousin Jessica McNeil (Laura Dern), all three captured at the peak of their luminescent, surly early teenhood. The Stains leave behind nothing but their sad sack of a Pennsylvania mining town and alcoholic mess Aunt Linda (Christine Lahti) when they score an opening spot touring with has-beens the Metal Corpses and political Brit-punkers the Looters. The Corpses are soon sidelined by an OD, and the Stains' tale unfolds in a tableau of see-through tops and caustic attitude, manipulative seductions, media and mass attention, fantastic one-liners, striped hair, and an army of girl followers who call themselves the Skunks.

The wonder of Ladies and Gentleman, the Fabulous Stains is not its putative prescience. Rather, it's the brilliant, endlessly quotable writing; the performances (Lane in particular turns in a masterful portrait of articulate teen-girl anger); and the way it manages to cast perfectly so many tropes of the time: cocaine as stand-in for rock & roll excess, a fascination with things Jamaican, Corinne's Poly Styrene overcoat and beret concealing some kind of Benatarish concoction; the sexist bar-boy atmosphere that punk rock, with all its liberating qualities, did little to change.

And so: It flopped. Shelved by Paramount after testing poorly in Denver (Denver?), the film played on for a while in arthouses, largely rejected by punkers who might have seen it as too late for the trend. Where it has really lived for the past 27 years is on VHS: Copies of copies, taped during rare cable screenings, instantly became required feminist-rocker viewing, to be passed on like talismans. After the riot grrrl movement exploded in the 1990s and the movie was cited as a major influence, it became almost impossible to find a rad woman who had not at least heard of it – despite the fact that it had seen neither video nor DVD release and only occasionally showed at film festivals and arthouses (including the Alamo Drafthouse). It was finally released on DVD this year (see "Phases and Stages," Oct. 10).

What seemed like a boneheaded dismissal of an obvious and ever-growing market, then, turned the tiny film into a massively influential cultural document, one that was strengthened by the intimacy and solidarity found in sharing it under the radar. So, though you might and should own it on DVD, don't miss a chance to see it in the theatre, with kindred spirits, and be sure to sing along ("I'm a waste of time ..."). 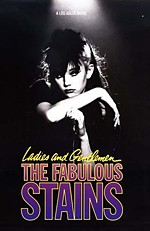