Gus Van Sant's new movie, Milk, isn't notable so much for what's in the film as for the timing of the thing: Milk, about the crusading gay politician Harvey Milk, gets its wide release tomorrow, one month after voters in California passed Proposition 8, which outlawed same-sex marriage in that state after California's Supreme Court had expressly allowed it. It's true that Sean Penn's performance as Milk is worthy of all the Best Actor buzz he's getting – his performance perfectly nails what a complex person Milk was – but the movie Van Sant has made about Milk is an entirely traditional biopic, with the swelling, inspirational soundtrack and righteous, one-man-vs.-the-machine storyline that term connotes.

That's not to knock Van Sant; only the most jaded and cerebral viewers won't choke up as Milk, who had the verve to keep fighting until he was finally elected to public office as an openly gay man after three unsuccessful attempts, is assassinated by a political rival on San Francisco's Board of Supervisors in 1978. In fact, Milk may be just the thing disillusioned viewers need right now. The passage of Prop. 8 has induced a widespread and resurgent gay activism; several Saturdays ago, thousands of protesters gathered at the same time in an estimated 150 cities across America to denounce Prop. 8 (with some 2,000 protesters at Austin's City Hall that day). Dec. 10 has been named Day Without a Gay, when gay people are being asked to volunteer their time at gay-friendly nonprofits rather than show up at work.

Judging from the evidence presented in Milk, Harvey Milk would have eyed the passage of Prop. 8 wearily, although he wouldn't have wasted any time before fighting back. When Milk was on San Francisco's Board of Supervisors, a California state senator named John Briggs spearheaded Proposition 6, which would have allowed public school administrators to fire gay teachers. That proposition didn't pass, largely because of the fight Milk and his supporters waged. The parallels between Prop. 6 and Prop. 8 are uncanny. "I think it's an extension of the same idea," Van Sant says. "If the progress is to be seen as the gridiron of a football game, Prop. 6 was more of a defensive line, the ball being in defensive territory, whereas Prop. 8 is an offensive, later yardage, like on the 90-yard line, but ultimately it's the same discrimination."

Van Sant liked Big Love scribe Dustin Lance Black's script because it captures what Milk and his friends were actually like and because it focuses on Milk's political life. "It sounded like the characters were real ... like you would think Harvey would sound," Van Sant says. "There were a lot of jokes in there, because Harvey was fond of joking around or telling jokes. ... [Black] decided to tell the story through Harvey's political activity; his gay political activity didn't really exist in the Sixties, when he was in New York. His political activity didn't exist after he was dead. So it condensed the story in an interesting way. It had a really strong philosophy of just Harvey's politics and that was unique and interesting and right-on."

Milk may be inspiring to gay people who feel let down by the passage of Prop. 8, but it has the potential to remind a much wider audience that there is such a thing as joy and humor in political life. After eight years of an administration that has often come off as scolding, nay-saying, begrudging, and arrogant, the life of Harvey Milk serves as a humane antidote to all those chest-beating theatrics. It may be dangerous to assume a life as depicted in a biopic is the real life as it was lived, but what repeatedly comes through in Milk, even just before Milk is assassinated in the film, is the politician's energy and delight in the life he has chosen. The people who worked to get Milk elected and advised Van Sant on the film asked him to not neglect that element of Milk's life. "They kept saying, 'We had a lot of fun; this was a laugh riot working with Harvey,'" says Van Sant. "There were so many campaigns – I mean, he ran four times – there were ins and outs of each campaign, but I think one of the things was that he had a lot of energy, and it was fun. It was also serious ... times as well, but for the large part, it was really fun. So they wanted us to hopefully capture that side of it." 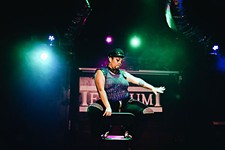 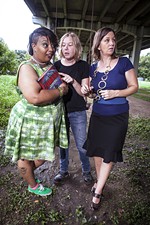 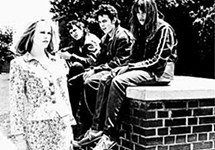 TO DIE FOR
A disturbing comedy that is both hysterical and wicked.