"I've got the last good lay in an aging whore!" said Martin Ritts of his famously troubled star, Richard Burton


In the early Sixties, at the peak of the Cold War, only space travel might have been considered hotter than the mysterious world of spies. President Kennedy expressed admiration for the novels of Ian Fleming, and given the political climate, it's no coincidence that the character of James Bond made his first screen appearance in 1962 (Dr. No). Still, even Kennedy couldn't have predicted that Fleming's novels would spawn the longest-running, most lucrative film franchise in cinema history.

No similar franchise would follow the film adaptation of John Le Carré's 1963 bestseller, The Spy Who Came In From the Cold. Directed by Martin Ritt and shot in deep noir by director of photography Oswald Morris, The Spy went into production in 1964, the year in which Sean Connery (as Bond, in Goldfinger) made the Aston Martin DB5 the ultimate object of desire for men the world over, whilst also discovering a naked gold woman sprawled across his bedsheets. Compared with the glamour of Bond then, The Spy was thriller by way of kitchen-sink drama – pointedly so, in fact, as the film reunited Morris with Richard Burton and Claire Bloom, all of whom worked previously on the film version of John Osborne's classic class-warfare drama, Look Back in Anger (1958).

In The Spy Burton portrays a man unable to shake off the cold, literally and figuratively. Throughout a densely plotted, unyielding film, his features appear pinched, while his hands remain permanently thrust into the deep pockets of his trench coat. Significantly, the making of the film was not without its own Cold War, between star and director. As the shoot drew to a close, director Ritt shouted, "I've got the last good lay in an aging whore!" Well, not quite, as Burton's greatly underappreciated performance in Who's Afraid of Virginia Woolf (1966) will attest. Still, he was newly married to la Liz, and his career had undeniably reached a crossroads. Burton's work in The Spy features one of the last major salvos his talent would fire in the unwinnable war against his own character.

Monty Python's Holy Trinity (Sony Pictures, $39.95): The Holy Grail, Life of Brian, and The Meaning of Life, together in one box set? The Pythons' genius (for comedy, not repackaging) surfaces again in time for Christmas. 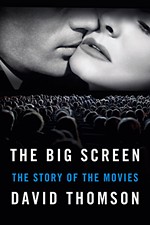 The Spy Who Came in From the Cold, Richard Burton, Martin Ritts