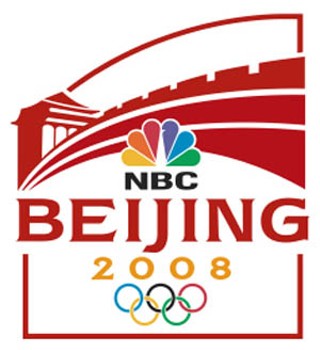 When the Summer Olympics start in Beijing on Friday, you may be watching. But who will be watching you? What you watch, when you watch, how often you watch, and, most importantly, where you watch are some of the burning questions that NBC – the broadcast network that is carrying the Olympics – wants to discover, and they're spending a lot of money to find out, according to a Variety.com article posted July 7.

Olympic coverage ranks as one of TV's biggest events, and the network that covers it takes a lot of pride in capturing the thrills and chills in the moment. The thing is, TV will not be the only place to catch Olympic fever. As TV execs know, media consumers will go wherever they want to get their fix for news, video, and gab. (Personally, I'm curious to know how many will be Twittering in Beijing.) Because of this, NBC is doing its best to have a robust presence in as many platforms as possible, so that "the average American can create their own unique Olympic experience." Look at these numbers, provided by NBC Universal:

In spite of the 12-hour difference between the U.S. and Beijing, 75% of the NBC Universal coverage will be live.

Every one of the 34 Olympic sports will be covered. The most popular events – the swimming finals, gymnastics, and beach volleyball – will be aired live in prime time.

Visitors to NBCOlympics.com will be presented with a smorgasbord of information, video glimpses behind the scenes, and up-to-the-minute happenings, in addition to blogging space, gaming, and, of course, ads. You can't get away from the ads, it seems. And this appears to be the true impulse for the network: not just to provide the ultimate Olympic experience but to measure how and where viewers go so they can in turn determine how ad time should be sold. Even your average couch potato knows that Nielson Media Research – the longtime standard for gathering viewer stats over the air – has no real information on other platforms. By doing coverage up big and finding partners to help measure viewer participation – Quantcast Corp. and Integrated Media Measurement Inc., to name two (one measures online participation; the other specializes in cell phone audiences) – NBC hopes to get a truer handle on how to measure audiences, no matter which direction they're coming from.

As I scanned the NBCOlympics.com site, I saw a couple of things that looked interesting and decided to go ahead and start designing my "personal Olympic experience." I clicked on a video link ("Beijing and Beyond: A Video Tour") to get a look at the host city. Unfortunately for us Mac users, you have to download a plug-in (Microsoft Silverlight) in order to watch the video. The plug-in is free, but it irks me that a more open-source approach wasn't allowed for access to the site. I might change my mind, but I doubt it. I'm just not feeling the Olympic spirit this year. Why? Well, I can tell you that the least of my concerns is the fact that the Barack Obama campaign purchased 5 million dollars' worth of ad time during the Olympics. I have been floored at the amount of self-righteous vitriol that has come out about this in online trade journal blogs like TVWeek.com – snippy comments from, "How dare Obama support China's human rights abuses?" to, "How dare he muddy the pristine nature of the Olympics with a crass political ad that gives Mr. Smarty Pants a chance to brag to the world how good he is?" Well, as an Obama supporter, I'm just hoping those bloggers have the same amount of snark ready to blow at their own boy. The John McCain camp just purchased 6 million dollars in ad time, according to an AdAge.com posting that appeared Tuesday, Aug. 5. So there! Please – 5 or 6 million dollars only amounts to – what – a half-dozen or so ads, over 17 days? Somehow, I imagine that all those beer and burger ads will appear much more often. Yeah, that says "Olympic spirit" to me.

Playing Through
Let's see Michael Phelps do a decathlon

Playing Through
If an athlete's character is defined by failure, not success, what does a manic obsession with success say about the character of a nation?