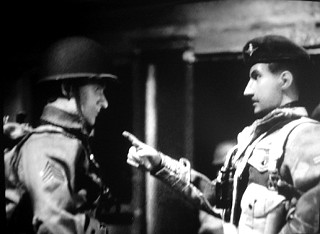 In 2005, Gio Toninelo relocated some of his bravest G.I. Joes from the shelves that line his office walls to the turtle pond out back. The group's code name: Pond Patrol Third Force Recon Group. Their mission: Study the contaminated pond's mutated ecosystem, conquer the challenge of typing without opposable thumbs, and then use the world's tiniest keyboards to report their findings. For two years Toninelo published the team's weekly blogs on his website, PondPatrol.com, and together they successfully answered the question, "What do toys do when we're not around?" To celebrate the end of the team's mission and his successful online phenomenon, Toninelo founded the GI Joe Stop-Motion Film Festival. Gambling slightly on the strength of this somewhat niche interest, Toninelo requested films from known enthusiasts and solicited through his website submissions from animators worldwide. He screened selected pieces last September in his hometown of Denver, and next week Toninelo and three of the award-winning animators will screen the festival's official selections at the Alamo Drafthouse at the Ritz.

Appreciation for the tiny plastic people seeded Toninelo's mind at a young age. "Growing up, I only had one G.I. Joe. Every Christmas, that G.I. Joe would disappear and then come back on Christmas Day with new limbs and new hands. My dad kept sending it to the doll hospital to get him fixed. As I grew up, I started picking them up as I could find them." In time, Toninelo's one figure grew into a collection of hundreds. Toninelo explains: "I'm surrounded here at the office by G.I. Joes. Just rows and rows of shelves with G.I. Joes. And full display cases. I love them. They're like little people."

When Toninelo placed some of his G.I. Joes around his backyard pond in a playful effort to protect dwindling turtle populations, the G.I. Joes' human likenesses took on a new dimension of realism. He and his wife began to muse over how the toys spent their days. "One summer we're sitting by the pond looking at this guy, and it was like a photo op of sorts. So starting out, it was just going to be pictures of them fishing or swimming. But then we were like: 'Well, what is he doing in there? Does he have friends?' And that kind of got out of control and became Pond Patrol." For the next two years, Toninelo, his wife, and a few patient friends spent two to three days a week cataloging the harrowing adventures of their tiny pond tenants.

Toninelo, along with Texan animators Paul Hanley and Kieran Healy of "War American Style" and Nicholas Deegear of "G.I. JOES," will host a Q&A session and hand out free G.I. Joes at the Austin premiere of the Pond Patrol-inspired GI Joe Fest. With their collected films, including one that features a plastic Dick Cheney, they'll prove once and for all that no one –not even the vice president – can resist an impromptu dance party featuring the vocal stylings of Snake Eyes.