When Sonic Youth rocked Reno, seven high schoolers and their substitute teacher turned their cameras on

When filmmaker Michael Albright returned to his hometown of Reno, Nev., following a stint working under legendary documentarian Albert Maysles in New York City, he found himself casting about for something creative to do in a city whose chief artistic claim to fame is its proximity to freak-flag Valhalla the Burning Man festival. (Well, that and the fact that Johnny Cash once "shot a man in Reno, just to watch him die," as the lyric goes.) Long story short: Skeeno hasn't been artistically hardcore since 7 Seconds evaporated and John Huston nailed The Misfits martini shot and blew town with Gable, Monroe, and Monty Clift in tow.

Which makes it all the more surprising that Albright – along with seven untested kids from the Reno-area high school where he landed a substitute teaching gig to help make ends meet – has crafted one of the most intimate and aesthetically pure rock & roll documentaries to come out in years: Sonic Youth: Sleeping Nights Awake.

Filmed over the course of exactly one day during the NYC No Wave legends' gig in Reno on July 4, 2006, Sleeping Nights Awake is the first film from Project Moonshine, a nonprofit organization Albright founded "to teach filmmaking skills to teenagers by providing opportunities to document important events happening in their community."

And, let's not mince words (or chords) here: This film rocks. It's as if Jem Cohen's seminal Fugazi doc Instrument had been repurposed and transposed to nowheresville with Thurston and Kim filling in for Ian and Guy: less dreamy but more gritty, black and white and loud all over.

"Basically this all came about from my substitute teaching job," says Albright. "We'd had these kids do a previous project called Artown, which allowed them, essentially, to learn how to use the [Panasonic AG-DVC30] cameras, and then when we learned Sonic Youth was coming to town, I shot them an e-mail, and they wrote back and said, 'Great, let's do it.'"

It was that easy?

"Yeah, more or less. We had about a week to prepare. There were a couple of local bands we'd been shooting as part of the Artown project, so the kids were getting used to being up close to live bands and getting the shots they needed. But that was all the preparation they had, really. The whole thing was completely DIY."

Crazy, right? Even more so is the fact that only a few of the kids had even heard of Sonic Youth prior to meeting the band on the day of the show.

"No one ever comes to Reno," notes Albright. "No good bands, like, ever. It's kind of an ongoing joke here. Every now and then somebody good shows up and you're like, what the hell? Bob Dylan ends his tours in Reno all the time. I don't understand why, but he does, right? Reno's a strange place."

Amen to that. But for now, at least, it's a strange place where kids can get their hands on some Moonshine that doesn't come out of a bottle at Harrah's Casino. And that's a start that even our friend Goo can dig.

Sonic Youth: Sleeping Nights Awake screens on June 26 at 7:30pm at the Alamo Drafthouse Lake Creek (13729 Research). Admission is free for Austin Film Festival members and $4 for the general public. 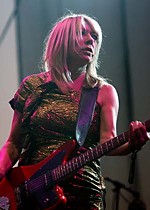 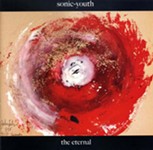