Zen and the Art of Winning Championships 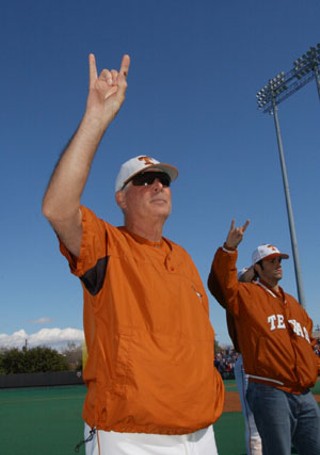 Some celebrate championships by cutting down the nets. Others contemplate new and more conspicuous places to take (and subsequently lose) the Stanley Cup. In 2005, a reporter asked Augie Garrido for his thoughts upon winning his second NCAA championship at the University of Texas and his fifth career title. He responded, "We're lookin' for a shortstop for next year." No wonder he carries the title of baseball's winningest coach ever and – as some of the participants in Richard Linklater's newest film, Inning by Inning: A Portrait of a Coach, would argue – greatest coach ever.

As an artist and former ballplayer, Linklater appreciates Garrido's more philosophical approach to baseball. "I had gotten to know Augie over the years a little bit," Linklater explains. "As a former player, I just kind of liked his style. He has a kind of philosophical, Zen attitude towards baseball ... that's really wonderful. I wish I had played in a situation where that was more of the approach ... because that's more of the way my mind works. I remember playing for coaches who seemed like military-type guys. It always rubbed me the wrong way."

Perhaps for this reason, the film focuses on Garrido's philosophies about baseball and how he uses the game to teach his players life lessons, like how to cope with failure. While Garrido offers several techniques, Mark Kotsay (who played for Garrido at Cal State Fullerton and who currently plays for the Atlanta Braves) summarizes the method that resonates with him today: "Give everything. It's okay if you lose if you leave it all on the field." By teaching that effort provides the truest gauge for performance, Garrido teaches his players to measure success in terms of pitches and innings, as opposed to a game's final score or a season's record.

Linklater identifies with Garrido's belief that successful players focus on the specific moment at hand rather than the end goal; it's the same for artists as with athletes, Linklater says. "[It's] what's required in filmmaking for sure. The end gratification is so deferred in a way. If you want to just make a good movie, if you don't enjoy every step and become a master of each little moment, then you shouldn't be doing it.

"It's the same as being a coach of a team," he continues. "It is a wonderfully detailed, minute process. Every moment you're making decisions that influence the end of the line: the final film. Sports are like that too. You're at bat. You get your moment. You put your focus on that moment ... a lot of people just want to jump to the result of everything. The best thing for your psyche as you try to accomplish anything really is to just concentrate on all the little things. And not just as a means to an end, but truly enjoy them." Moment by moment, inning by inning.

This is Linklater's first feature-length documentary. It took two years to complete – a year and a half of which he spent editing some 600 hours of footage. "This was kind of from the vérité tradition of just shooting a lot of footage. We rolled at every game and practice. I knew it would be one of those projects where you really go through the footage and shape it backwards – just the opposite of a narrative where you have your movie and you're trying to make it fit. ... For instance, I just wrapped a [narrative] five weeks ago, and I'm pretty much done. The creative work is done. It's edited together the way I preconceived it." Linklater believes this backward-shaping differentiates documentary as an art form from its seemingly similar feature counterpart. With a documentary, the filmmaker gathers the footage and then extracts his story from what the camera captures. With a feature, he dictates the story first and then films. "They're both films at the end of the day, but they couldn't be more different." This reversal proved counterintuitive for Linklater. "It's not the way my brain normally thinks. It was definitely a huge exercise of another part of my cinematic brain that I'm still not sure exists."

For Linklater, documentary and feature films do share one characteristic: point of view. To differing degrees, they both represent the point of view of the filmmaker. In this way, Linklater challenges the notion that documentaries ever tell the truth but rather serve as a "subjective experience" in their own right. Linklater finds this aspect, "getting to know someone through someone else's eyes," fascinating. He states, "You have a person with an image of himself. And then you have other people's images of him. And then you have your our prejudices and things you bring in from your autobiography. So who knows what the truth is? This is how I formed the material and how it works for me."

The Austin Film Society and the Boys & Girls Clubs of the Capital Area present the world premiere of Inning by Inning: A Portrait of a Coach at the Paramount Theatre (713 Congress) on June 3 at 7pm. Richard Linklater and Augie Garrido will be in attendance, along with UT baseball players past and present. For more information or to purchase tickets, visit www.austinfilm.org. Inning by Inning will premiere on ESPN later this month. 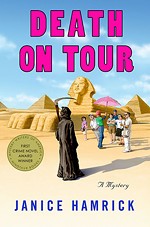 Playing Through
Spectator sports can crush our most ardent hopes and dreams, and that's a good thing

Inning by Inning: A Portrait of a Coach, Augie Garrido, Richard Linklater