The Serious Play in Saving the World

Gaming gets on the sustainability bandwagon 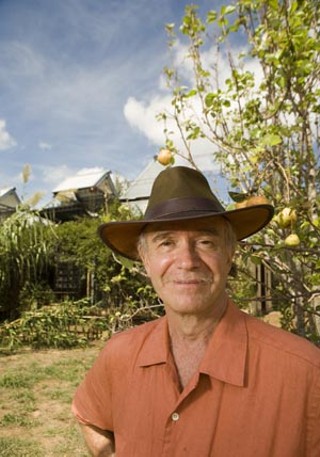 The mind-boggling evolution of video game environments over the last decade is not just about play; it's about the growing sophistication of visual and logical environments imagined in such detail that they are truly "virtual realities" almost indistinguishable from the physical. We are also seeing the creation of massively social Internet-connected environments like Second Life and World of Warcraft, where people work creatively together as avatars building in-world skills, fully stepping into alternate realities and learning to manipulate those environments according to their whims and passions.

Inevitably we begin to look for ways to link these virtual realities with the physical. One example: increasingly sophisticated war games, where military training may include virtual reality experiences simulating real-world combat. War games or simulations have been part of military thinking at least since the invention of the game Kriegspiel, which was used to train Prussian officers in the 1800s.

But there might also be peace games. In 1961, R. Buckminster Fuller proposed an alternative to war games, called the World Game (or World Peace Game), which was part of Fuller's Design Science Revolution. He saw the world operating at a 4% mechanical efficiency and asserted that, if we could operate at 12% efficiency, we could accommodate everybody – humanity would be sustainable, poverty would go away, etc. The World Game was also related to his concept of the Geoscope, a globe 200 feet in diameter where you could map the limited resources of "Spaceship Earth." Fuller saw the game as a way to "make the world work for 100% of humanity in the shortest possible time through spontaneous cooperation without ecological damage or disadvantage to anyone." A virtual world game inspired by the World Game could, like the military's war games, have serious real-world implications.

When Bucky created the World Game, he was working with a logical and conceptual model far ahead of the technology required for detailed simulation. Imagine the fun if he and Will Wright (creator of SimCity and Spore) had been contemporaries. Imagine Bucky working with the Metaverse Roadmap, which talks about "the convergence of 1) virtually-enhanced physical reality and 2) physically persistent virtual space." Though Bucky's not here to make that happen, visionary green architect Pliny Fisk, director of Austin's Center for Maximum Potential Building Systems and one of Bucky's conceptual descendants, is thinking a lot about the potential for virtual worlds to support sustainability modeling linked to the physical environment. Fisk, described by Robert Bryce in these pages as an "inventor, tinkerer, architect, activist, environmentalist, and malcontent, all rolled into one energetic blur," sees data, increasingly available in digital formats, as "the real life of the city. The life blood, the flow of things, of the city and how a city works." As it becomes digital, you can capture this "life blood" and store it in computers for visualization and manipulation. Fisk has been considering how you could use real-world data in virtual environments to model what he calls EcoBalance, the name of a board game he proposed in 2000, where "participants plan land uses at a settlement or regional scale according to the footprints required to balance natural resource supply and sync functions (i.e., natural capital) with human life support needs."

EcoBalance could evolve to be something more than a board game via Fisk's interest in digital convergence – increasingly realistic, detailed visualizations; fatter storage and faster CPUs; growing broad adoption of personal digital systems including mobile devices; and powerful support for in-world interactivity in massively multiplayer environments like Second Life.

Nobody's done much with sustainability in games so far, according to futurist Jamais Cascio, co-founder of Worldchanging and an author of the Metaverse Roadmap. "There are a handful of games out there with an explicit sustainability/environmental/climate focus," he says, "but most combine earnestness with a lack of complexity, so they're neither terribly fun nor terribly challenging. The last game that came close was SimEarth, one of the first post-SimCity games. Nobody could accuse SimEarth of a lack of complexity, but it was only fun for the handful of us interested in playing with complex system simulations."

Cascio says that Wright's persistently near-release computer game Spore, "which allows the player to build up a world from initial single-cell life to a multiplanet interstellar empire, is strongly influenced by ecological models and science." They're not the focus, though. There are also "cameo appearances" by sustainability and environmental issues in a number of games, like SimCity (which had wind farms and solar plants) and Civilization. Even more interesting is "the accidental emergence of ecological processes in the increasingly complex virtual worlds – such as the spread of a 'pandemic disease' in ... World of Warcraft.

"In terms of both the power of gaming computers and the proliferation of citizen awareness about environmental issues," Cascio says, "there hasn't been a better time to introduce a game with a strong sustainability or eco-focus."

Fisk has been thinking hard about how to build a green game that's engaging and fun but with serious real-world implications, such as location-specific modeling of the balance that sustainability requires. One kind of game would focus on and simulate real city environments. It would explore models that maximize efficiency and minimize the environmental impact of the built environment. Fisk sees four flows that would be relevant: materiality flow, energy flow, information flow, and monetary flow.

"Any one of those things can work related to the others," he says, "but they can also work independently. One measure of a city, from an information standpoint, is how much of the information network is actually reinforcing that place. How many newsletters and how many organizations and how many information sources are actually supporting and talking about the city, its people, its business?" There are also social information flows. "You could link people based on similar attributes and needs and so on. It's very much a peer-to-peer and can be a place-oriented way of operating." So an eco-game might include a city-centric social network.

Looking at the materiality flow, you would consider materials of every type – for example, building materials, food materials, or components of the water life-cycle system in any building. If you have real-world data for these flows, you can play with variations to see how you would redesign the flows and the systems to approach zero impact on the environment.

Overall, says Fisk, "the whole system becomes in some ways very resilient in that there are many entry points from different flow topic areas into everything that deals with life support issues." The life support issues are a spectrum between what he calls the "bookends": On one end, the bookend is nature preserved, extropy – all things that preserve and affirm life and balance. On the other end, you have biohazards, flood zones, issues of foundations and settlement, and repositories of toxic substances. Between those are all the life support topics dealing with air, water, food, energy, and materials. "Those things are cycles within cycles within cycles," he says, "but they all deal with some specific issue of metabolism, of how the city functions as a breathing system, as an air system." Actual buildings and environments in the real world might have embedded sensors or scannable codes through which their data is accessible to players in the game environment. Everybody would be collaborating on aspects of the model, looking for transformations that support true sustainability.

Integrating games based on cooperative, collaborative design with localized social networks and group-forming activity could result in powerful community development, online and off-line. As new sustainability-focused, technology-mediated communities evolve and grow, we'll see real-time meeting, sharing, and playing that will create new layers of possible actions and innovative solutions that nobody's thought about yet. And this is great, because no government is going to make sustainability happen fast enough, and no corporation is going to sell it to us in a neat package. Massively multiplayer grassroots creativity may be the wave of the only future we've got.

Green or Greenwash?
Formula One tests the city's standards for sustainable projects 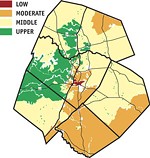