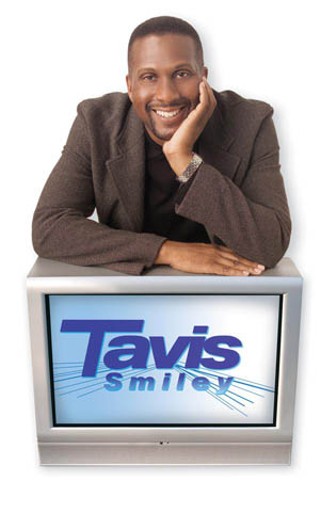 It's been a wonky media-watching ride this month.

First there was presidential candidate Barack Obama's "race speech" and the resultant clatter about it on cable news and other talk shows. Then there was the series finale of Jericho (CBS). And finally, Tavis Smiley appeared as a roundtable guest on Real Time With Bill Maher (HBO) last week on March 28.

Let me start with Jericho. The CBS series ended last week after an unprecedented return following a successful rally by fans when the show was first canceled. The episodes leading up to the finale focused on an inevitable civil war between the United States of America to the east and the rogue nation known as the Allied States of America to the west. True to form and history, Texas stood alone as the independent Republic of Texas. In the series finale, heroes Jake Green (Skeet Ulrich) and Robert Hawkins (Lennie James) surreptitiously transported a nuclear bomb to Texas to keep it from the corrupt hands of the Allied States.

Now, I like me a postapocalyptic drama set in the Midwest as much as the next person. But I couldn't help but be struck by the fact that Hawkins was a black man. New to Jericho (the town) just before the bomb hit, the archest eyebrow he raised was with his murky background. Hawkins being the lone black man in a small rural town was not an issue. I went along with it, just as I did in 24, where a black man was president of the United States (Dennis Haysbert as President David Palmer). Oh sure, he gets assassinated – but then his brother (another brotha) takes his place! Don't misunderstand. I was touched by the idea that Hawkins' race was a nonissue. I liked it even more when Esai Morales showed up late in the series, as a military leader who comes to realize he's backing the wrong team (the Allied States) and that he's regarded as just another ranking officer. I liked it, but it's not the real world. In a doomsday scenario, I think those ugly, hidden prejudices would have revealed themselves just as they did during Hurricane Katrina. Perhaps Jericho's creators thought injecting race into the narrative would get in the way of telling the story they wanted to tell. But it's one of those omissions that paradoxically ignores the reality of a large portion of people at the same time as it insists on looking beyond lingering, unhealed wounds. In other words, there might be an elephant in the room, but as people of color are continually reminded, we're supposed to be over it already.

When Obama made his speech in response to the angry remarks by the Rev. Jeremiah Wright, the talk-show chatter quickly became about whether Wright was racist, crazy, or both. And yet, no one in the mainstream media pillories Pat Buchanan for being crazy, divisive, or stupid when he says his perennially inflammatory remarks ("[N]o people anywhere has done anything more to lift up blacks than white Americans. Untold trillions have been spent since the '60s on welfare, food stamps, rent supplements, Section 8 housing ..."). In fact, Buchanan is often invited to be a talking head on Sunday morning news programs (as well as on Real Time With Bill Maher). Somehow, I don't think Wright will graduate to Sunday morning punditry in the same way Buchanan has.

Tavis Smiley was a welcome guest on Real Time, participating in the spirited discussion of all topics, especially the Obama-Wright flap. I couldn't help but notice his seriously furrowed expression when Maher, fellow roundtable guest Robert Klein, and, later, columnist Dan Savage were making glib remarks – rooting for laughs among the serious topics. Maybe Smiley was just absorbed in thought, but from my living room, that frown looked like a public expression of what many people of color are thinking when they find themselves the lone brown person in the room and race is discussed: Do they really think this is funny? How much do I hear before I have to say something? Can I say something that will be heard? Will I say the right thing? When should I say it? And finally, damn, this is exhausting!

For those who only heard sound bites of Obama's or Wright's comments, I suggest reading or listening to them in their entirety. Personally, I thought Obama's response was amazing. Measured, thoughtful, calm, and direct – a welcome departure from the "racial arsonists" (to use Smiley's term) at one end and the pithy bon mot at the other. There is so much more to discuss when it comes to race in this country. The question in my mind is: Will the hard work be borne equally by all?

More rollout dates for series sidetracked by the writers' strike: