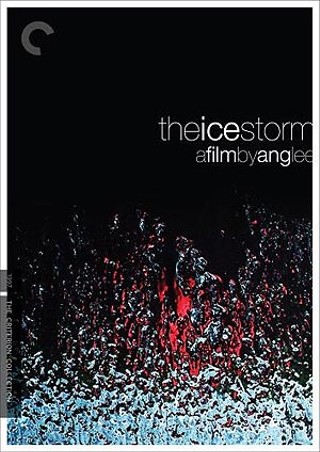 
The Ice Storm is that rare construction, a film in which source material, script, cinematography, and music all come together to form a cohesive whole. Based on Rick Moody's eponymous novel, The Ice Storm surveys the moral dissolution of American life through the Nixon era, as viewed through the refracted lens of two suburban Connecticut families. Before filming began, director Ang Lee presented each member of cast and crew with a binder filled with hundreds of magazine clippings and ephemera from 1973. Such careful attention to detail would characterize the entire production, though arguably, the picture is art directed to within an inch of its life. One year later, Rushmore would be released, and it's easy to imagine Wes Anderson huddled in a darkened theatre somewhere, staring at the screen and scribbling copious notes.

While it doesn't take a genius to cast stalwarts like Kevin Kline and Joan Allen, there's a striking prescience to a youth ensemble that includes Tobey Maguire, Elijah Wood, and Katie Holmes (in her first feature role). Likely the most notable performance in the entire film, however, is that of 16-year-old Christina Ricci. In a director's commentary, Ang Lee estimates that Ricci features in more close-ups than anyone else in the film, and it's easy to see why. In scene after scene, entire narratives play out across her barely flickering features, layers of hurt revealed through a stony surface disaffection. Hers is a purely intuitive performance, one in which the most successful dialogue often goes unspoken. Listening to her comments on the film, you're tempted to wonder whether Ricci's best performances haven't been those in which she's felt most personally insecure – although it's not an especially comfortable thought.

In a written essay included here, film critic Bill Krohn makes a claim that "ten years after it was made, The Ice Storm looks like the best made American film of the Nineties." It probably wouldn't be the first film that springs to most people's minds if such an honor were awarded, but The Ice Storm is a carefully crafted and intelligent film, one that grows in stature with repeated viewing.