TV on the Internet

South by Southwest 08 is over. Although I didn't run into Perez Hilton at any after-hour events, I had some eureka moments. Here are a few:

Flavored tea is not a suitable substitute for fruit juice when mixed with vodka.

The late-night Cap Metro shuttle is the best deal in town. Where else can you get home at 3am on 50 cents? It's also the best place to meet international SXSW-goers.

As for the conference itself: When it comes to the small screen, things are changing rapidly. There was much chatter about TV on the Internet at this year's SXSW Interactive and Film conferences. What strikes me as peculiar is the ongoing allegiance to the term "TV" when talking about something entirely new, not TV series that originate on broadcast or cable networks that you watch online (as in Grey's Anatomy or Ugly Betty, etc.). Continuing to use "TV" and "broadcast" (and maybe "series") is confusing and inaccurate. So I propose some new phraseology: Gen 2 TV or New TV. I propose that these terms be used for creative content specifically created for and accessed on the Internet. Yes, I realize "TV" is still in there, but people cling to it. The new content is an entirely different animal and, I'm coming to believe, has an entirely different aesthetic than traditional TV. I can't prove this, but if Marshall Herskovitz's experience with quarterlife – which began as a series of webisodes that made an awkward move to broadcast television – is any indication, I think I may be right. And even as I type that, I have a very strong hunch that we're only in the nascent stages of learning the new aesthetic – the weird-first-pancake phase. Something more concrete will emerge when creatives become more adept at defining and digesting the aesthetic and devices emerge to make it possible to access New TV to watch on the device of your choice.

Which brings me back to Herskovitz. He spoke at SXSW on quarterlife: A Wild Journey From Internet to TV. As it turns out, Herskovitz was just as perplexed as I was when he watched quarterlife on TV as opposed to the computer screen. The only difference in our viewing was that he saw the entire episode nonstop (the rest of the world watched it online in eight-minute increments). But like stars who neglect to have their stylist take a snapshot or video recording of themselves in their red-carpet outfits to make sure it plays well on camera, Herskovitz did not view quarterlife on a TV prior to its NBC premiere. When he saw the broadcast premiere, he knew instantly it wasn't going to work.

That's not to say that quarterlife is a total failure. As it turns out, the one NBC airing, followed by another on Bravo, created a spike at the quarterlife site. Episodes continue to live online and as a social network for creative "quarterlifers" who are at the beginning of their careers, looking for ways to network about their life and work. Herskovitz says plans are under way to do an online version of a reality show, spun off from the quarterlife experience.

There was another TV heavyweight – one similarly embracing new media – who spoke at SXSW Interactive/Film: Michael Eisner. The former head of Disney is the founder of the Tornante Co. and the new-media studio Vuguru, which produces and distributes content for new media. Prom Queen and The All-for-Nots (which played at a SXSW afterparty) are two Vuguru series available on the Internet (www.vuguru.com). Eisner shied away from any hard and fast predictions, other than saying that the next Steven Spielberg would be found among those creating content for the Internet. And while he urged the audience to avoid taking advice from "old droolers like me," the one thing he was adamant about was that there will always be an audience for a good story well told. The Internet is not the end of TV, he continued; it's merely another distribution point for creative content. Eisner predicted that within five years, someone will figure out the perfect business model and the perfect technical standards to allow viewers to pick and choose their content on demand – to watch when they want, where they want. In the meantime, it's anyone's guess as to the steps it'll take to get to that synchronous moment. Maybe, Eisner speculated, it was someone in the packed room he was addressing. Maybe it was someone half a world away.

At any rate, this is a fertile time for the future of New TV.

PBS' Bill Moyers will devote an entire episode of Bill Moyers Journal to a profile of Body of War, Phil Donahue and Ellen Spiro's documentary about an Iraq veteran. The episode airs Friday, March 21, at 8pm. Check local listings for additional airdates. 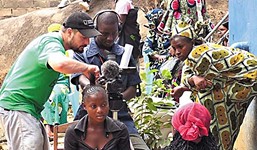 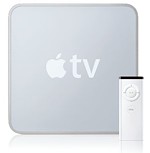