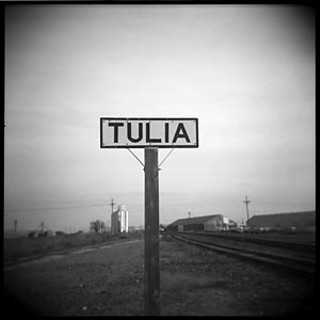 Before a massive sweep of drug busts rocked the town in 1999, Tulia was another anonymous Texas burg. Now it's synonymous with an egregious miscarriage of justice. Cassandra Herrman and Kelly Whalen's Tulia Texas lays out the facts of the case: how in 1999, an undercover drug string by contracted officer Tom Coleman resulted in the arrests of 46 mostly African-American defendants, almost 15% of the town's black population; corroborated on nothing but the traveling officer's word, defendants received outrageous sentences running into the hundreds despite alibis and exculpatory evidence. Herrman became involved in 2002, in time to document defendants' appeals, pardons, and, deliciously, a perjury trial against Coleman; she saw it as "an opportunity to tell a story about the drug war" from an intimate perspective. To that end, the film focuses on Freddie Brookins Jr., one of the wrongly accused, and his family; more broadly, the film illuminates the dubiousness of regional drug task forces, federally funded programs that farm out cash to strapped departments like Tulia's, and cops like Coleman – as long as they make the numbers. Father to the incarcerated, Freddie Brookins Sr., was on hand at the Saturday Q&A to echo the painful folly of the drug "war." Asked if he hopes the film can prevent future injustices, he says: "I hope it does. We have to try to get a hand on the things we do." Besides, as he noted earlier, "You can always find drugs. We have drug stores, so you can always find drugs." Sadly, the white citizenry of Tulia is equally intractable. With many wrongly thinking Coleman told the truth, that the defendants were freed on a technicality, "things are pretty much the same" in Tulia, says Herrman. "We would like to get a screening," says Whalen, "if not in Tulia, then somewhere in the region." 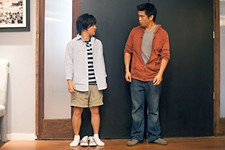