One Size Does Not Fit All

The international community reacts and adapts to a Westernized Web 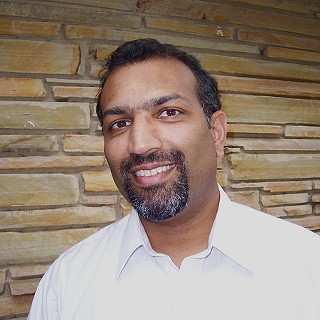 It's a World Wild Web, and activists like Shahed Amanullah are trying to negotiate their place in it.

Back in 1990, when Tim Berners-Lee wrote the code for a browser he called WorldWideWeb, it was supposed to connect everyone. "Its universality is essential," he later wrote, saying it could "make sense of what we are doing, where we individually fit in, and how we can better work together." But whose idea of universal? Is it a one-size-fits-all, anything-goes approach, with no restriction on content? Or a tamed Web, where no one can find anything upsetting?

Before content, there is language. The Web was built in English. All those acronyms (http, URL, TCP/IP) mean something in English. Most websites are in English. But an all-English Web can also be an excluding Web. "Providing a service in English only shuts out huge amounts of users," says Stephanie Booth, Web consultant and writer of Climb to the Stars, one of the first major bilingual blogs. Living in Switzerland, a country with four national languages (German, French, Italian, and Romansh) where many citizens speak conversational English, she is exposed to the complexities of translation on a day-to-day basis. "People may speak enough English to communicate with the man on the street, but it's not sufficient for them to try and tame new, potentially scary software or services in that language."

Booth lays some responsibility at the feet of developers, who are often locked into thinking in a monolingual way or view language as a component that can just be switched around by users. "The truth is somewhere in between," she argues. "From a systems perspective, you need to separate language from functionality and do that from the start, not once the tool or service or website is fully developed and somebody says, 'So? What about localization?'"

Bilingual in French and English, Booth finds that some basic tools and terms of the Web come with linguistic land mines, like download, which is a noun and a verb in English but two different words in French (the verb "télécharger" and the noun "téléchargement"), and she advises companies may need to think seriously about bringing translators onboard to build around these issues from day one. She also warns against believing that online translation tools like Babel Fish can save the day. "Automatic translation is clunky, uncomfortable to read, and may contain outright meaning inversions," says Booth. "If developers or Web people use automatic translation to ease their conscience about not taking localization seriously, then it's a bad thing."

It's not just about language. Ana Boa-Ventura, the Austin-based associate director of digital media for the UT-Austin-Portugal partnership, finds that cultural assumptions inherent in tools can become a barrier to universal adoption. The partnership – a five-year, 120-million-euro (approximately $175 million) project funded by the Portuguese government – is supposed to forge closer links between the two countries but has found unanticipated hurdles. The group initially proposed using wikis to exchange ideas and develop content, but Boa-Ventura warned them this would not attract Portuguese authors. "Wikis are all about communal, uncredited content, and we need credit. Recognition is very important to the Portuguese," she said. So far, the Portuguese side of the project has been slow to contribute, but they have adopted blogs, which Boa-Ventura says are flourishing.

Some problems seem endemic because developers don't always know they're a problem. "Design is global, which really means design is American and very Western," says Boa-Ventura. Sometimes this can be obvious, like her difficulty finding suitable stock images for an anti-smoking campaign where the people photographed weren't all tall and blond. But sometimes the cultural assumptions can be buried deep in the code. "Take Dreamweaver. The templates are on the left, but in the Arabic world, where you read from the right, that's not the ideal solution. Little things like that seem insurmountable."

While these technical issues are hidden in the software, there are already clashes over content. The reality is that, where the adult industry goes, many other industries follow. From home video to online shopping, the sex industry has been the first big adopter of new technology. Now, as what Lisa Vandever of the CineKink NYC film festival calls "the lightning rod for the Internet," the adult industry is the first in court for content issues and the first facing laws that are being stretched to include new media.

"Traditionally, obscenity is defined by community standards," says Vandever, whose touring with the CineKink festival provides a sort of advance research. "We talk to cinema owners and get a rough guide to the local interpretation." But the Web changes the ground rules, because opening up content to endless markets could mean opening up the content provider to endless litigation. "Say you have an artist in the Village in New York; they know what the community standard is there. But if you put it online, what is the jurisdiction? You can have a prosecutor in a very conservative jurisdiction, like West Virginia, dragging them across the country into court."

For content providers worried about laws in one country, the universality of the Web has one big advantage. "You have people taking their stuff to international servers: They're still online, but they're really in the Wild West," says Vandever. But that's just shifting the issue, not tackling it. If U.S. legislation is having a traumatic time keeping up with technological developments, then getting different countries to come to some degree of consensus on content seems almost impossible. "I don't see how you can come to an international agreement," says Vandever. "So do you just start blocking certain countries?"

But moving a host overseas doesn't make the legal or cultural questions on their forums or pages disappear. "There's a hidden war for hearts and minds. The struggle for Islam is really taking place on the Internet," says Shahed Amanullah, winner of the South by Southwest 2007 Dewey Winburne Community Service Award and founder of Halalfire Media. This network of websites oriented for a Muslim audience includes shopping review forum Halalapalooza.com and political and news site AltMuslim.com, where writers discuss issues from Palestinian self-governance to the pros and cons of voting for Ron Paul. While it contains as many varied voices as any other media outlet, Amanullah also sees its role in redressing misconceptions about Islam and providing one of many forums to counter radicals who have already established a Web presence. "There's one side, which is very savvy with it, using it for extremist ends," he says. "And on the other, there are moderate bloggers trying to combat that." The biggest issue is not terrorist activity or online recruitment but the simpler question of who becomes an online authority on Islam. "A lot of modern Muslims are struggling with their identity, especially with young people who are scouring the Internet to find some answers. It's a gold rush," he says.

Some Muslims who want to push back against online extremists have found themselves in a quandary. They may need to visit radical websites to read what is being written and argue against it, but the simple act of visiting them, or even using the wrong search terms, may trigger law-enforcement interest. "You don't want people to have to check in as a good Muslim before they go to certain websites," says Amanullah. Most legal precedent for the Web has been built around the idea that service providers are not liable for the content on their systems, much like telephone companies aren't to blame for what people say on their phones. But this leaves some sites, like blog aggregator Hadithuna.com, run by fellow SXSW panel member Mohammed Suleiman Khan, in a blurry middle ground. "He's having problems because every now and then someone comes on and starts posting Jihadi videos. He'll remove them, and then the FBI comes knocking on his door," says Amanullah.

The contradiction is that blogs can also be a freeing environment, as young Muslims use the Web to discuss and define issues important to them. "They are asking the hard questions, coming up with new ideas, and creating a hybrid Western Muslim identity that they can feel secure in," says Amanullah. As for how to create a balance between well-researched debate and sensible, secure monitoring of online extremism, "I have no idea myself," says Amanullah. "I had the opportunity to talk to Homeland Security Secretary [Michael] Chertoff, and I told him that there are a lot of good Muslims who want to help but feel their hands are tied. He said, 'Come up with a solution, and come back to me.'"

Online Extremism – and the Muslims Who Fight It March 8, 2pm, Room 9

The Real Dragon: Understanding the Web and Digital Media in China March 9, 11:30am, Room 4