Down the Rabbit Hole

The weird, ever-evolving world of ARGs Dan Hon used to start his day like any other law student at Cambridge University. While getting ready for class, he'd check his e-mail, voice mail, maybe do a little preclass preparation. One day while preparing for his finals, he came across the trailer for Steven Spielberg's movie Artificial Intelligence: A.I. and noticed something peculiar in the credits. "Sentient Machine Therapist Jeanine Salla" was listed in between "Costume Designer Bob Ringwood" and "music by John Williams." Finding a machine therapist an odd occupation, Hon decided to Google her name and came up with a surreal website concerning Salla, her life, and her employers. He researched some more, made phone calls, sent e-mails, and eventually found clues, patterns, a game called The Beast, and information all leading to a struggle for robot rights in the year 2142. Though Hon's pattern findings and belief in alternate worlds may sound like a textbook case of paranoid schizophrenia, the alternate reality games industry calls Hon's seemingly mistaken discovery the act of "falling down a rabbit hole." The year was 2001 when Hon first fell, and he subsequently abandoned his law profession to begin Six to Start, an ARG company.

"The Beast was a big deal; it was the first time anything had been done like that before," says Hon. "It appeals to people's inquisitive nature. It's out of kilter; you want to work out what's going on. I found something much more interesting to do than study for law school."

Be it out of boredom or an inquisitive nature, ARGs and other reality-based game genres are popping up worldwide, cleverly cloaked in our everyday lives. The advent of this past decade saw innovative game ideas sprouting like mushrooms in a garden, each one manifesting in a different form and with a different purpose, and many were virtually unnoticed. It's been seven years since Hon first fell down the rabbit hole, and it not only changed the path of the game; it changed his life.

Six to Start is Hon's game company, but it requires no form of console to play it. You don't need an Xbox 360 or a PlayStation3 to play STS The Ministry, and you could possibly go without a computer. What you do need is a curious mind, good researching skills, and the more technical devices the merrier. How do you find a game? You simply pay attention.

"It's a new way of telling stories, but more interactive and less passive than a movie," says Hon. "You can use Google websites. Say you need to find something about a person or group of individuals and, bam! You're in."

The "bam" indicates falling through the rabbit hole. Spielberg's A.I. introduced the first notable worldwide-scale ARG. There were three rabbit holes for The Beast: the trailer-credits one that Dan found; a phone number hidden in another A.I. trailer that, when called, led to information about Jeanine Salla; and the last one was an A.I. promotional poster with an embedded code stating, "Jeanine is the key." After entering the rabbit hole, the player was slowly leaked information to a mystery surrounding Salla in the year 2142, and if the player was intrigued enough, he or she could continue researching information through phone calls, e-mails, conversations with acting characters, and eventually solve the mystery, which was the game.

As the curious-minded were playing The Beast, it was simultaneously being created by a small group in Microsoft's entertainment department. Hon was intrigued to the point that he co-coordinated a group called the Cloudmakers to solve the puzzle; the group peaked at more than 1,000 members and influenced the game to the point that they actually changed the plot's course. After the Cloudmakers finished The Beast, Hon set up shop in the rabbit hole.

"After that, I did some work with Microsoft to put a game together," Hon says. "We were all convinced that this is the evolution of entertainment. We eventually started Six to Start, which is our own ARG company."

So how does a game business survive when its game is free? Through the same people that market the game: advertisers.

"Advertisers are really interested in ARGs; it's really conventional. Interrupted ads aren't as effective as they used to be. People aren't watching commercial ads anymore – with TiVo and the Internet, they can just skip all that. The Beast was simply a marketing promotion for A.I."

Hop across the pond, and there's another company making games that deal with reality; only this time there's no alternate in the genre's title. Based in New York, Games for Change is a resource portal for games dealing with social issues and public concern. The idea is this: All forms of entertainment media can be used for social justice – television has educational programs, and so do satellite radio and the Internet, so what is stopping video games from breaking into the same grounds?

"This is a deeper learning process," says Suzanne Seggerman, president and co-founder of Games for Change. "Games are growing up; they're a young medium, like a similar place that film was in [in] the 1960s. It's all signaling a change, the evolution of games [as] a meaningful, cultural form."

Seggerman's career never strayed far from social issues. She started in the film industry, working her way up to the likes of a co-producer for the environmental-issues documentary Race for Life. After her film career, she fell into the role of director at Web Lab, a New York-based company that strives to use the Web as less of a shopping network and more of a connection zone for innovative thinkers. While Dan Hon and the Cloudmakers were discovering The Beast, Seggerman was working on a project called "Provocations," which used video games to combat social issues. This art exhibit was her rabbit hole to Games for Change, which is a nonprofit organization that basically runs full-time what Provocations did for a short scamper.

"Games are really good for exploring serious and complex issues," Seggerman says. "It's a very different experience when you are interacting with the outcome as compared to sitting in a theatre or in a dark room just watching the outcome."

Games for Change currently has more than 30 games listed on their website, including PeaceMaker, which focuses on the Israeli-Palestinian conflict and challenges players to lead the Middle East to a peaceful solution.

"Games are incredibly engaging. People are being spoiled by this idea that content is accessible. With the advent of social networks and blogs, there is this territory that they consume and create. It's changing landscape. It used to be that grownups were creating the content for the children; now children are creating content for themselves."

Keep hopping west over to California, and you'll find another rabbit hole. Sometime around the turn of the century, pioneer blogger Justin Hall began conjuring ideas of a new gaming genre that was much more personal and casual than the typical shoot-'em-up games of the industry. In the summer of 2007, the crossover happened, and Hall and a few other business partners fired up GameLayers, a company that develops passively multiplayer online games.

"We just wanted to see if we could play a [massively mulitplayer online] game based on surfing the Internet," says GameLayers' Chief Creative Officer Merci Victoria Grace. "You boot up Firefox; at the bottom of the screen you have a toolbar that has a HUD [head-up display]. In the HUD you can gain data points from each website that you go to. To get started in an MMOG, you have a grind period. In the PMOG the grind is the grind of your everyday life online."

To play a passively multiplayer online game, all you have to do is download the program and surf the Web. The program in the Firefox toolbar drops "light posts" in Web pages that you've visited. Like the board game Stratego, with the board being the Internet, players gain points and battle over website domains by simply browsing around. The game is meant to be played with little effort, its mission is to make any surfing-the-net experience a little more exciting, hence the word "passive" in the title.

"It's not changing the industry, but it is helping people understand games and incorporates them into their everyday lives," Grace says. "Gaming has been a very boyish thing in the past. These kinds of games are not your typical hardcore games, but they're very easily playable by anyone."

Unlike alternate reality games and Games for Change, PMOGs aren't nonprofit or funded by ads; their only source of tangible income is their investors.

"So far we don't have any kind of advertisement means," says Grace. "That's the beautiful thing about having investments; we are not a client-based company. We'll be selling attention but at the expense of the player."

Grace doesn't envision PMOGs as an evolution of MMOGs, but more of a sidebar to play when you're not playing console video games.

Regardless of what hole a player may fall into or which rabbit they choose as their medium, the nova of PMOGs, ARGs, and Games for Change all hint at a growth spurt in the gaming industry and grant more engaging, meaningful games to their players. For Six to Start's Hon, the first step was falling through the rabbit hole, the second step was creating his own ARG company, and now the next step is breaking the rabbit holes into the mainstream. That next jump, Hon believes, is just a hop across the pond, and this evolution is just the next phase in a game that started during the birth of humankind.

"It's still very new," Hon says. "It's bigger in America than it is in Europe. We've seen that it works very well in niche audiences but not in mainstream just yet. J.J. Abrams has the best market so far. There was an ARG campaign for Lost before the new season and for Cloverfield. It wasn't very intricate, but it has been essential for building a fan base online. We're very connected nowadays: People can be connected by phone, e-mail, and Web browsers, [and] ARGs are a narrative form of gaming that takes advantage of that. Storytelling is something that's been going on for 10,000 years, back when we were sitting around fires and telling tales. I think this is a great evolution."

Getting Unstuck: From Desktop to Device March 8, 2pm, Room 5

ARGs and the Future of Entertainment March 8, 3:30pm, Room 8 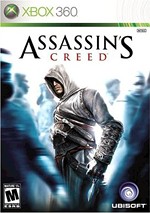