Here's Blood in Your Eye

'Fangoria's Weekend of Horrors eviscerates the 512 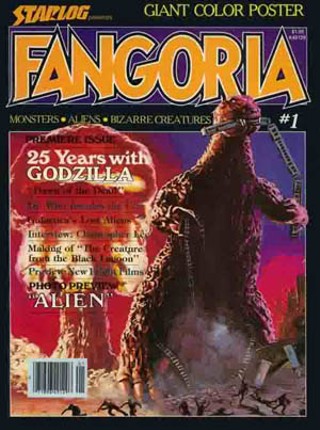 In 1978, I was a scrawny little proto-geek with a penchant for all things monster. I had my own staticky version of the Videodrome signal skipping over the airwaves and into my parents rec room via Syracuse, N.Y.'s WSYR, whose Saturday afternoon Monster Movie Matinee – complete with creepophonic lead-in music lifted from 1955's This Island Earth – infected me with a love of American International Pictures' scratchy black-and-white horror shows, Sixties-era Godzilla stomp-a-thons, and Roger Corman's sumptuous shoestring cinematic artistry. I was already a tweenage devotee of Forry Ackerman's seminal monster mag, Famous Monsters of Filmland, but watching Ray Milland in X: The Man With the X-Ray Eyes blew my impressionable young mind, even as Allison Hayes in Attack of the 50 Foot Woman somehow made my trousers too damn tight. I was a "monster kid," and it was, to paraphrase Twilight Zone scenarist Jerome Bixby, a good life.

It got even better one day in 1979, when I spotted a new cover in among the corner pharmacy's usual well-thumbed assortment of Warren Publishing's post-EC horror mags Creepy, Eerie, and Vampirella. The new mag on the rack was shiny and semislick and somehow related to then-sci-fi bible Starlog, but what jangled my eyeballs was the striking cover image of my Toho-go-to kaiju eiga Godzilla. It was the debut issue of Fangoria magazine, but more important to my 12-year-old self, it contained a terrifically disgusting, photo-heavy feature on Tom Savini's supermoist zombie effects from George Romero's landmark, Dawn of the Dead, a film I'd never seen but had heard about plenty. Long story short: I coughed up the cover price, went home, and read it cover to cover. It changed my life and eventually got me kicked out of Introduction to Algebra, when I freaked out assorted classmates by crowing over the remarkable versimilitude of Savini's handiwork in The Burning and Maniac. (Which also goes a long way toward explaining why I remained dateless throughout high school.)

All of this serves to point out two things: Horror filmmaking and its attendant ephemera weren't always the status quo, and horror fans love nothing more than to gross other people out (the better to surreptitiously infect them with the splatterpunk version of Romero's psychoses-inducing bioweapon Trixie of The Crazies fame). And, too, they love to get together and geek out among their own kind – à la Austin's QT Fest and Butt-Numb-a-Thon – to watch half-baked work prints of upcoming gut-busters; meet and paw their fave filmmakers, actors, and special-effects artisans; and troll Geek Valhalla, i.e., the dealer's room, in search of that ever-elusive Black Devil Doll one-sheet.

So it should come as no shock whatsoever that Austin's already dangerously overengorged film-fest circuit is at long last playing host to Fangoria's Weekend of Horrors, a Cronenbergian electrified-clay-wall-to-electrified-clay-wall of horror-show hysterics, with everyone from semireviled director Uwe Boll (fresh off his surprisingly untraumatic appearance at last year's Fantastic Fest) to Donnie Dunagan, the one-and-only, once-upon-a-time Son of Frankenstein slated to appear, speak, mingle, and, as likely as not, get entertainingly smashed at some point. And, hell yes, Savini will be there, too. He'll even sign your prop machete if you ask nice.

Co-sponsored by the Alamo Drafthouse – shocking, no? – and based out of Grand Guignol headquarters the Renaissance Austin Hotel, which probably has no idea what it's gotten itself into, the Weekend of Horrors includes such not-to-be-missed events as the premiere of Boll's post-Postal, Seed; the first-ever cast reunion of Tobe Hooper's Austin-shot (in what is now the Austin American-Statesman building, no less) Texas Chain Saw Massacre 2; and a rare screening of the William Lustig-directed, Larry Cohen-scripted Maniac Cop 2 ("You have the right to remain silent ... forever!").

Local genre author, screenwriter, and artist Stephen Romano will be on hand, at Fango's invitation, to promote his new coffeetable nightmare tome, Shock Festival, and his acclaimed short-story collection, The Riot Act. (Although if, after a few drinks, you find yourself in the mood to argue the pros and cons of Marjoe Gortner vs. Christopher Plummer in Luigi Cozzi's Starcrash, bring your A-game: Romano's no slouch in the Scontri Stellari Oltre la Terza Dimensione department.)

"A horror convention, for me, is like a meeting of my people," Romano says, explaining the perennial popularity of events like Fango's. "It's all the cool people, who understand all the coolest shit, the shit you understand but maybe no one else around you gets. You have all these people – directors, stars, writers, artists, special-effects guys – in one room, basically, and you realize that not only are you not alone in your pseudo-deviant cinematic affections, but your world is much bigger than you thought it was. I mean, where else could you conceivably go to find enough people in one place to merit a Friday the 13th Part 8: Jason Takes Manhattan cast reunion?"