The Biography of Burnt Orange


The story: Following her father's death, deaf-mute teen Dot moves in with her godparents and their teenage daughter but soon discovers the home contains dark secrets.

What happened: Premiered at the 2005 Toronto International Film Festival, purchased by Sony, and released in theatres in 2006. Now out on DVD. 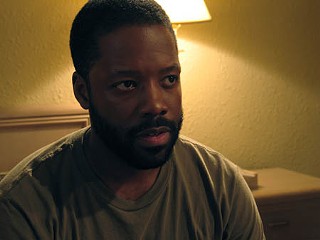 
The story: A group of young friends solves a murder and inspires a Saturday morning children's show à la The Hardy Boys. Reunited as adults, the real-life Cassidy Kids aren't so certain about the events that resulted in their fame.

What happened: Premiered at the 2006 South by Southwest Film Festival. No theatrical release, but a cable-television deal and DVD deal are in the works.


The story: A comedy about a philosophical caveman who yearns for more out of life than sticks, stones, and raw meat.

What happened: Premiered at the 2007 Slamdance Film Festival and was picked up by National Lampoon. Limited theatrical release expected in March.

www.cavemancomedy.com (At press time, the domain name had expired and was "pending renewal or deletion.")


The story: A dead beauty queen is miraculously resurrected by a funeral-home worker, and the two form a connection.

What happened: Premiered at the 2007 South by Southwest Film Festival. Burnt Orange has had distribution offers but none yet acceptable to it or co-financer Goldcrest Films.