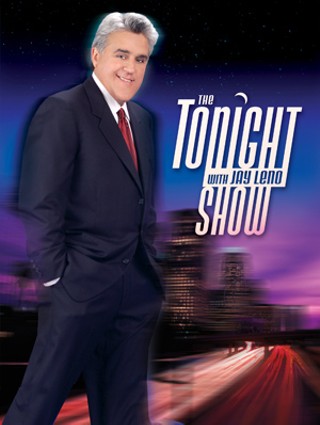 Welcome back from the break: Jay Leno and Conan O'Brien ink deals to return to air in January.

It's been six long weeks. How am I supposed to learn about the latest congressional page scandal or what Al Gore said about global warning when he accepted his Nobel Peace Prize or what it means now that Mike Huckabee is gaining some steam in his presidential campaign without my faux news program The Daily Show With Jon Stewart or barbed remarks from Real Time With Bill Maher? No word yet on either of those shows, but – if all goes as reported at press time – at least two late-night talkers will return to the air in early 2008. The Tonight Show With Jay Leno and Late Night With Conan O'Brien (both on NBC) are returning to the air on Jan. 2, according to multiple sources.

Both Leno and O'Brien are Writers Guild of America members, but they are the only writing staff returning to their respective shows. The decision was made as an effort to honor the strike while still allowing their large support staff to avoid being laid off. Although Leno and O'Brien have previously stepped up to cover their staff's salaries, once negotiations between the WGA and the Alliance of Motion Picture and Television Producers faltered in early December, the late-night hosts found themselves between a rock and a hard place. They could allow their staffs to be laid off without pay, or they could continue banking the staff payroll indefinitely until the strike was settled.

In a parallel move, Worldwide Pants (David Letterman's production company) is seeking the WGA's blessing for an interim deal with CBS to bring the Late Show With David Letterman and The Late Late Show With Craig Ferguson back on the air with one, big difference: Writers would return along with support staff. This deal is possible because Worldwide Pants is an independent production company. The other talk shows are either wholly or partially owned by the networks they appear on.

Right now, it's all wait and see. If a Worldwide Pants deal is to be forged, it will happen after this piece goes to press.

Speaking of waiting and seeing, the Golden Globe nominations were recently announced. (For a complete list of nominees, visit www.goldenglobes.org.) What is usually occasion for back-patting has been overshadowed by the WGA strike. Who is going to write the show? (Yeah, WGA writers write awards shows, too). They could find nonunion writers to script it, but who would want that on their résumé? There has been talk that the WGA may issue a waiver, allowing nominated screenwriters to appear at the show and perhaps comment on the strike while accepting their awards. If a waiver doesn't happen, there will surely be a WGA picket line outside the Golden Globe venue.

A few of this year's nominees (Glenn Close, Alec Baldwin, George Clooney) have made it clear that they would not, under any circumstances, cross a picket line should the WGA picket on Golden Globes night. Others, like first-time nominee Christina Applegate (Samantha Who?), are wishy-washy on the subject. Gee, does Applegate think she got a nomination based on her good looks and charm. Oh wait...

There are few surprises on the list of TV nominees, but a few notable exclusions. Where, for example, is a nomination for The Riches (FX) or The Sopranos (HBO)? They were not nominated in the Best Television Series-Drama category, while weaker shows like Grey's Anatomy (ABC) and the wearisome House (FOX) made the cut. Thankfully, this summer's critically acclaimed Mad Men (AMC) was recognized.

The Riches' Minnie Driver appears among the nominees for Best Performance by an Actress in a Television Series, but her co-star Eddie Izzard does not appear in the Best Actor nominees, a real oversight. Together they make an otherwise preposterous premise totally plausible.

For Best Television Series-Musical or Comedy, 30 Rock (NBC) gets my vote. Extras (HBO) is just as sharp, and its two-hour series finale was particularly barbed, but when it comes right down to it, I want comedies to make me laugh, not feel queasy.

The Best Performance by an Actor in a Television Series-Musical or Comedy field is especially tough with Alec Baldwin (30 Rock), Steve Carell (The Office), and Ricky Gervais (Extras) in the running. I vote for Baldwin, who brings just the right amount of pomp to a role that could easily be played over the top.

The 65th annual Golden Globes ceremony will be televised live on Jan. 13 at 7pm on NBC.