It's easier to kill when it's for a good cause 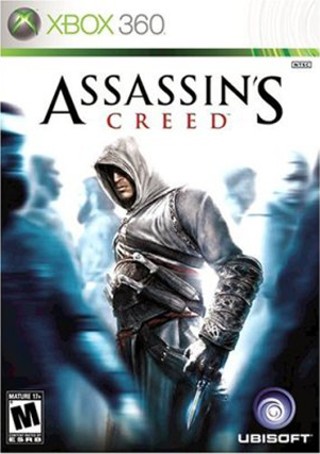 
Ah, the benefits of being a devout church member – that's what separates Assassin's Creed from other games of its denomination. Most game plots kill for money, vengeance, government, or human survival, while Assassin's Creed kills for religious balance. And when you kill for that, the rules are bendable, and all is fair in murder and politics when the church is on your side.

Like most religious dirty deeds, AC's plot leaves the players somewhat in the dark. Your character is Altair, a future-sent assassin whose mission is to restore peace among the cities of Jerusalem, Damascus, and Acre during the Third Crusade by stealthily taking out political and religious leaders. As the bodies fall to Altair's swift swords or throwing knives, he becomes aware that his mission is somewhat scandalous and not as holy as he was told.

The beauty of AC is the pulsating, ancient world setting and the fluid controls. Ubisoft managed to create a game that has minimal loading time, living graphics and gameplay that are so smooth, you feel blessed just to play it. Leaps of faith, rooftop-flying, and joining monk gatherings are just a few of the tricks that Altair uses to spread the bloody creed. Sure the overall mission is to kill only nine people, which, compared to games like BioShock, seems blasphemous. But any faithfully devoted gamer knows that truly righteous games are about quality, not quantity.