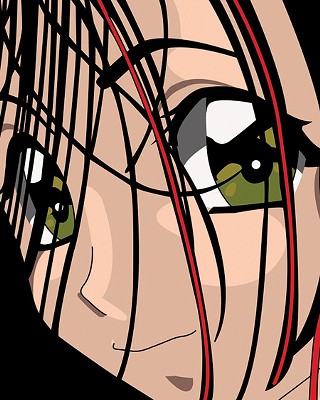 Starz'sAnime: Drawing a Revolutionexamines the history and historic influence of the Japanese style of animation.

When I saw the title, Anime: Drawing a Revolution, I wondered if it was overreaching. After watching the documentary, another installment in the Starz Inside series, it's clear that not only is the Japanese style of animation unique, but its influence is extraordinary enough to earn the label "revolutionary."

I've always enjoyed animé but admit to knowing very little about it. I knew there was a tie to manga, the Japanese form of comic books and graphic novels that emerged in post-World War II Japan. But I didn't know that manga pioneer Osamu Tezuka, otherwise known as the "Disney of Japan," was widely considered the father of animé. I knew that there was something more to animé than the fields of cute bunnies and happy-happy music that characterized the U.S. style of cartoons I grew up with (deeply influenced by vaudeville and slapstick comedy), but I underestimated how the postapocalyptic vision of early manga had influenced a narrative style in animé that was often epic yet featured characters who were (in spite of their stylized appearance) deeply human.

Animé influenced an entire generation of filmmakers following its appearance on this side of the world in mainstream cartoons like Transformers and, later, Pokémon and Teenage Mutant Ninja Turtles. Those early influences sparked a deeper look at animé, begetting Blade Runner, Sin City, The Matrix, 300, and other films that owe, at least in part, their stylish look and narratives to animé, according to this well-assembled tutorial.

A litany of talking heads slows down the special a bit, with too much time given to empty sound bites from actors like Michelle Rodriguez. That time could have been better spent with directors like Mamoru Oshii (Ghost in the Shell), Colin Brady (the upcoming Astro Boy), Peter Fernandez (voice director of the original Speed Racer), and others who obviously know and love animé. Yet, I suspect that Anime: Drawing a Revolution will inspire the same interest in those new or curious about the aesthetic. There's something about knowing animé's history that makes it more compelling, at least to this viewer, and explains how this Japanese phenomenon became a captivating contemporary art form worthy of appreciation and study.

After only two seasons, Extras comes to an end with an 80-minute finale. I've never understood why this show didn't gain a larger audience. Created by and starring Ricky Gervais and Stephen Merchant (The Office), Extras was a blazingly funny behind-the-scenes look at a struggling actor who wanted to be a star (Gervais' Andy Millman). At the end of the series, Andy has made a name for himself in a popular but critically panned sitcom. Now, he's anxious for some respect, and it seems he'll go to extremes to find it.

Performances from Gervais, Mer-chant as his clueless agent, Darren Lamb, and Ashley Jensen (Ugly Betty) as his daffy gal-pal Maggie were riotous, as were the guest stars who appeared as themselves, starring in fictional films that Andy and Maggie got extra work on. Kate Winslet dressed as a nun and giving Maggie tips on phone sex at the crafts table was a favorite episode, as was Orlando Bloom in another episode, deeply incredulous that Maggie was not attracted to him.

Remember when Ralph Nader was an everyman hero? If not, perhaps you should watch An Unreasonable Man, the documentary about the life and career of the citizen rabble-rouser. Seat belts, air bags, product labeling, and airline tickets in exchange for being bumped from a flight are a few of the consumer rights and regulations Nader fought for over the years. Now he's known mostly as the "man who cost Al Gore the election."

An Unreasonable Man airs as part of the Independent Lens series, Tuesday, Dec. 18, at 8pm on PBS.