The Intersection of Personal and Political 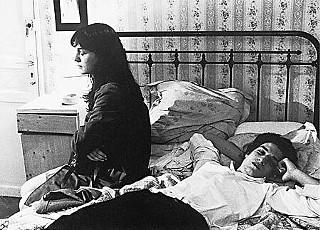 French director Philippe Garrel is one of the true enigmas of the film world. Born in Paris in 1948, an up-and-coming director by the time he was 21, friends with Godard and other big names in the New Wave, a longtime lover and collaborator of singer and Velvet Underground icon Nico, an award-winning director of more than 25 movies over the last 40 years, and still he's essentially unknown here in America.

Reasons for this are varied. For one, Garrel has never been particularly interested in success or reputation (or America, for that matter), choosing what he calls "the life of the artist" over any recognition or monetary rewards. Then there's the work itself, which draws no easy distinctions between the political and the personal or the meditative and the confrontational; as much as any director before or since, Garrel is in his element exploring the moral and emotional contradictions that conspire against human relationships. In addition, he's not afraid to make his audience work for understanding: Motivations, intentions, psychological states – they all have to be surmised and not just digested.

Which is all to say that Philippe Garrel was always doomed to be unknown in America.

Starting Nov. 27, the Austin Film Society will be doing all it can to change that, by presenting a miniretrospective of Garrel's work, titled French Maverick, Rebel Auteur: Four Films of Philippe Garrel. I say "mini" because Garrel's films are nearly impossible to get your hands on; even movies of his that took home medals from international film festivals haven't made the trip to America. And several of those that have didn't bother to pick up subtitles along the way. Luckily, associate programmer Jameson West has managed to secure four titles for the AFS series, all of them dense, provocative, and – more importantly – comprehensible even for those of us who took Spanish in high school.

The series begins with 2005's Les Amants Réguliers (Regular Lovers), considered by many to be the fullest realization of Garrel's cinematic aspirations. Les Amants Réguliers is a roman à clef about the director's life during the famous Paris student revolts that took place in May 1968. The film, shot in rich black and white by William Lubtchansky, tells the story of a sensitive and disaffected young poet named François (played by the director's son Louis), who gets caught up in the street riots and underground political rumblings that were all the rage that spring. The film is a meditation on the murky motivations that often lie behind social revolutions: Many of its heroes seem to be rebelling against the de Gaulle government as much out of boredom as any real political conviction, an ambivalence Garrel relates through rambling voiceovers that harken back to the days of the New Wave and extended takes of disillusioned young men moping their way home through the streets of Paris after a long night's social unrest.

Week No. 2 will feature Le Vent de la Nuit (The Wind of the Night), Garrel's 1999 exploration of a doomed love affair starring legendary actress Catherine Deneuve, to be followed on Dec. 11 by J'entends Plus la Guitare (I Can't Hear the Guitar Any Longer), a tribute to the director's former lover and Velvet Underground chanteuse, Nico, whose brief, glamorous life was plagued by a decidedly unglamorous addiction to heroin.

On Dec. 18 the retrospective ends with Garrel's beginning: one of his first feature-length films, Le Lit de la Vierge (The Virgin's Bed), a 1969 religious allegory starring model-musician Zouzou as Mary Magdalene and Pierre Clémenti as Jesus. It seems appropriate to finish off the series with a film from the late Sixties, a time when a young Garrel was building an artistic vocabulary out of the confusion of a revolutionary age and helping to promote that revolution through his own stubbornly independent vision.

Dec. 11: J'Entends Plus la Guitare (I Can't Hear the Guitar Any Longer)

All screenings take place Tuesdays at 7pm at the Alamo Drafthouse at the Ritz. For more information, visit www.austinfilm.org. 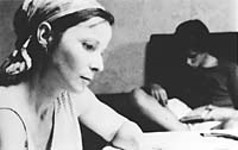