John Fiege on 'Mississippi Chicken' and Anne Lewis on 'Morristown'

"I don't like being preached at, so I try not to preach in my films," laughs Anne Lewis as she discusses her Morristown, a documentary eight years in the making. "I mean, this is a piece about globalization, but there's not a single figure talking about the global economy. I didn't bring in Noam Chomsky; I just focused on the people impacted by it, and I hope that makes it more accessible." Indeed, perhaps the most provocative thing about Morristown – which addresses immigration and factory job-loss – is the unfussy way it invites the audience members to draw these connections for themselves, no doubt born of the confidence possessed by a filmmaker who has been at it since 1968.

That kind of ground-level storytelling in the cinema verité mode also distinguishes the superficially similar Mississippi Chicken – both films concern immigration and poultry processing in the South – but the ultimate effects couldn't be more different. Where Lewis' clean and straightforward videography builds a structural narrative switching between Tennessee and Mexico to chart a successful drive toward labor organizing, first-time feature director John Fiege's textural and nostalgic Super-8 focuses his effort on gritty appreciation of milieu and moment. Immediate concerns here often overwhelm the newcomer's attempts to build a future on land haunted by its past as the most contested battleground of the civil rights struggle.

"We really just wanted to create a film about the people who were experiencing life in this trailer park in rural Mississippi," Fiege says. "So issues with the unions and the poultry plant and police and landlords, you know, to the degree that they're part of that everyday experience, they're in the film." Captured in saturated colors and dancing grain, the film's patient and precise observation is immersive without floating off into arty impressionism. It's a feeling Fiege's collaborators are quick to credit as a major factor in their devotion to the project.

"I really feel lucky to have cut this," notes co-editor Tray Duncan. "It really brings the past and present right together. Every piece of hatred is old, and every piece of love is old. Old and weird. There's this hallucinogenic feeling to the place." 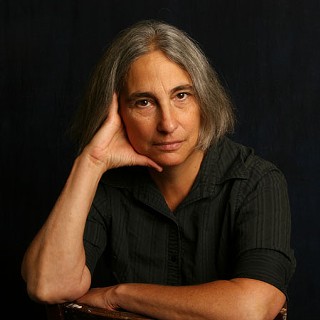 It may be beautiful, but coming in rolls that last only 31/2 minutes, the Super-8 demanded more advance selectivity and planning for every moment of shooting as well as enforcing a less invasive approach to the subjects. "On other projects, with video I've run into this phenomenon where you're in people's faces all the time. And if we'd done that every day, it definitely would have been a problem. [Our main subject] Guillermina was constantly being threatened by the owners of the trailer park, when they saw these white Americans with film equipment show up. ... Ethically, it was always a question. But not so much a question of how to shoot or how to act. It was every day: 'Should we shoot today?'"

For Fiege, his then-girlfriend, now-wife, Anita Grabowski, provided access to the community as well as inspiration to make the film through her work as an advocate with the Center for Community Change, but they remained concerned outsiders who needed to step lightly lest they put their subjects in danger. Lewis, on the other hand, mentions, "I've had the great fortune of making films at home. So in the case of the factory workers I began with, they were people I'd known for about 15 years, and in the case of the immigrant workers, I knew the union organizers, and they were able to help me get to know those folks.

"Really, I'm trying to tell the truth, and I don't know what I'm going to find when I go in, so I try to go in in as intense and passionate a way as I possibly can. And it's one of the most wonderful things that this victory happened while I was shooting. I think it's very important to realize that in my film, the workers really organize themselves, with community support and union support, yeah, but the real risk is borne by the workers themselves.

"I think people have to live with a certain level of courage, and that can be kind of hard," Lewis says. "When we talk about rights, I'm not really sure that we do have so many rights. But whether we have them or we don't, we've got to act as if we do, or we won't have anything."