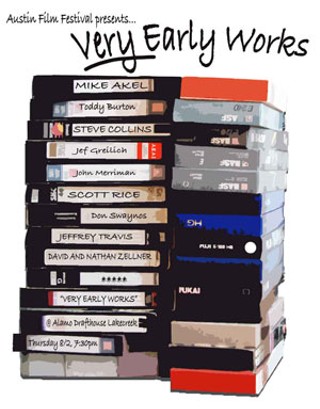 Those dust-covered reels of family get-togethers and grandparents' weddings are no longer family heirlooms; they're historical content. What was once a visual slice of life for elders to show their descendents is now a time capsule for the rest of the world. That is, according to Snowden Becker, founder of Home Movie Day, now in its fifth year worldwide.

"We had 68 cities participate in Home Movie Day last year," Becker says. "This year we will have even more."

Home Movie Day is like a birthday party for an entire community. The presents that the community cracks open are old cardboard boxes filled with stacks of family films, which they get to view with the rest of the participants. Throughout the course of HMD, the crowd watches weddings from the 1900s, family gatherings around the holidays, and other vintage delights that otherwise would have been overlooked during the course of history.

"It happens every year," Becker says. "Someone watches a wedding video and cries. That's the money shot."

Becker and a few of her colleagues shared a mutual concern about the advancement of video technology, so they started Home Movie Day in 2002. She moved to Austin in 2006 to start a doctorate program at UT studying how audiovisual materials are integrated into our larger cultural heritage.

"We were all worried that people were transferring film to video and not keeping the film. We founded a nonprofit organization that hosts HMD, and before we knew it, we had 26 cities in the very first year." 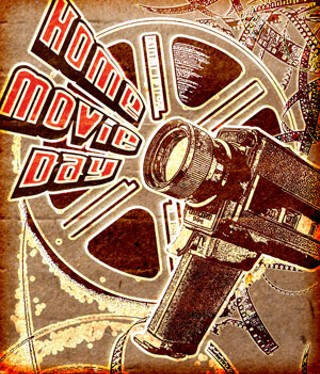 Aside from being old-school entertainment, Becker believes that these old films are significant to capturing our cultural history. While archivists and historians rely on journals and documents to uncover the 19th century, the medium for uncovering the 20th century will be film.

"The most important film in history is the Zapruder film that captured the Kennedy assassination. Children, minorities, and religion are not well-documented in mainstream media, so preserving these films is a way of preserving universal truth about humanity. I call it the 'you are here' version of historic documentation."

For this reason, Home Movie Day involves more than just watching vintage media. Becker and her group will discuss ways to preserve and restore film. Though reel-to-reel might be a dying art, Becker believes it will live longer than any digital technology.

"Film is very stable for long periods of time if stored correctly," Becker says. "The technology we use to view film hasn't changed in 80 years. About 10 years ago, the big technological breakthrough was floppy disks; now you'll be lucky to find a computer that has a floppy-disk drive. With film, there is never a compatibility problem. Think realistically whether or not you can view a DVD in five to 10 years. We hope to get people to think about future preservation while they work on restoring the past."

Though Becker's slogan is "You bring 'em, we'll show 'em," HMD will be accepting submissions in advance for the first time this year.

"We had about 40 people show up last year; about half of them brought films," Becker says. "Plans were under way for the Austin Movie Day even before I got here, so for me it was a great way to learn about the community that I am now a part of."

Being a lover of visual history, Becker testifies to the importance of reel-to-reel as well as the sheer presentational entertainment of it. To those who dig archives and anthropology, the past is just as exciting as the future.

"I've never seen a boring home movie," she says. "They're so full of dramatic tension, and you never know what's going to happen next."