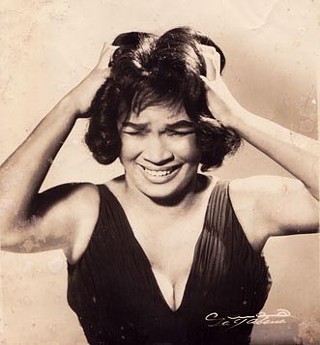 Every once in a while, a film hits you right between the eyes. Not because of its story or how it looks or by its message, but by what it salvages. Such is the case with Ela Troyano's newest film, La Lupe: Queen of Latin Soul, which closes the fifth season of Independent Lens (PBS) next week.

Mambo aficionados might know Lupe Yoli, otherwise known as la Lupe, but she is virtually unknown outside of New York City, where she lived after leaving her native Cuba in the early 1960s. A contemporary of Tito Puente, Celia Cruz, and Mongo Santamaria, she is credited with transforming Latin music in New York prior to the national embrace of salsa. A street is named for her in New York, yet she died penniless and in near obscurity in 1992. How could that be? Troyano smartly leaves that to the viewer to decide in this reverential yet unromantic look at one of the most legendary singers to spring from the New York music scene. 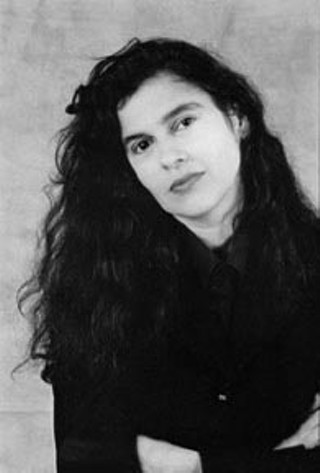 Volcanic, voluptuous, quirky, and vulnerable, la Lupe came from a galaxy all her own. Thanks to extraordinary vintage footage, viewers get a healthy dose of the mambo era in prerevolutionary Cuba. More importantly, we get to see la Lupe in performance, most notably her TV appearances on the David Frost and Dick Cavett shows in the early Seventies. In these, la Lupe is simply jaw-dropping. Her personality was large, but her range was even larger. She could be as tender as Edith Piaf, as anguished as Janis Joplin, as cocky as Mick Jagger, as fierce as a flamenco dancer, and as flamboyant as a young drag queen. Thanks to Troyana's elegant film, la Lupe is brought back to ebullient life for new audiences.

Talk about going out with a bang. Independent Lens closes its fifth season with a bombshell. La Lupe: Queen of Latin Soul airs June 5 at 10pm on KLRU.

Do you remember the "tank man"? That was the name given to the lone protester who stood before military tanks following the crushing of public protests in China's Tiananmen Square in 1989. What became of the tank man, and what is his role in Chinese and world history? Filmmaker Antony Thomas goes to find out, 17 years after that iconic image was captured. "The Tank Man" airs on Frontline Tuesday at 8pm on PBS.

The Alma Awards, celebrating the achievements of Latinos in film, TV, and the arts, returns to ABC on Tuesday at 8pm. Eva Longoria (Desperate Housewives) hosts. Sarah Silverman hosts the MTV Movie Awards on Sunday night at 7pm. Entourage wraps its third season Sunday night at 9pm on HBO. Not to worry about withdrawal, its fourth season begins June 17. Also launching that night on HBO is the new comedy Flight of the Conchords. However, viewers are offered a sneak peak of the first episode in its entirety at www.hbo.com/conchords. The new comedy features the misadventures of New Zealanders Jemaine Clement and Bret McKenzie, a music-comedy team looking for their big break in between meeting women. Or maybe it's the other way around.

Public Access Community Television offers a three-week summer camp open to kids ages 10-18 to learn how to make TV. Students work in age-appropriate groups, get hands-on experience, and walk away with a DVD of their work, an honorary PACT producer ID, and other swell stuff. The Kids Make TV Camp runs from June 4 to 29. Registration ranges from $200 to 250. For more information, call 478-8600 x10 or go to www.kidsmaketvcamp.com.