Charles Burnett on 'Killer of Sheep' 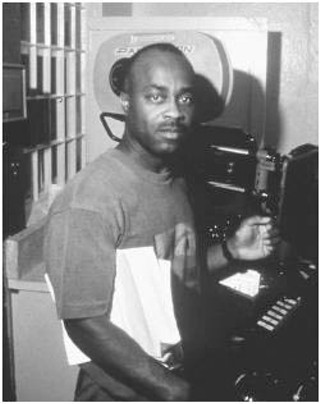 For a film that's been ripening for wider release for decades, Killer of Sheep remains just as fresh today as it did in 1973, when Charles Burnett first set his masterpiece into motion. Since a short run in 1977, the film has rarely surfaced despite high critical praise, steady attention from film buffs, and induction to the National Film Registry in 1990.

"It was never meant to be shown publicly," says Burnett, a member of the Austin Film Society's advisory board. "It was a student film of mine, and that was never a concern. It's never been distributed until now. … Once Milestone [Film and Video] wanted to release it [on DVD in September], they had to go back and get clearance of the music rights and such."

The story revolves around slaughterhouse worker Stan, a middle-aged father who can't smile anymore on account of an unexplainable sadness that's buried deep within. The sadness seems to afflict everyone in the community; it is manifested in each character's own way. One of Stan's sons sobs for no reason, his neighborhood acquaintances cover the sadness with anger and criminal acts, and Stan's wife is desperately seeking to pull her husband out of his emotional quicksand while she's sinking into a hole of her own. Through a Kubrick-like approach with scenery and a penetrating soundtrack, Burnett pieces together slivers of a city's life, collaging the community's inner beauty that has been torn apart by lower-class suffering.

"It was done to expose the mystification of the community," Burnett says. "During those times, people had their own conceptions of what the working social class was like."

Taking place in South Central Los Angeles, the film captures glimpses of a mottled urban wasteland: children frolicking through dilapidated buildings, random crimes overlooked by passersby, and Stan's emotional descent. Unlike his current project, Namibia: Struggle for Liberation – similar in tone and impact but finding Burnett at work in South Africa – Killer of Sheep was shot in the neighborhood he grew up in.

"Most of the actors are childhood friends of mine. I have a personal recognition with the environment," Burnett says. "I think a lot of the right people liked it. It's just a slice of life and the things I grew up with: You walk around the corner, and there is another reality."