Boots and Suits, Scheming and Dreaming

The Wilson brothers on 'The Wendell Baker Story' 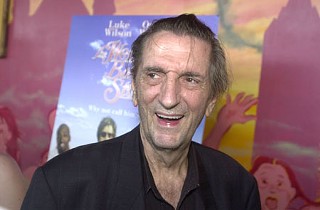 There will be no pictures of Luke or Andrew Wilson today.

Not after last night's premiere of The Wendell Baker Story, the brothers' genial comedy more or less about a fast-talking parolee hired at a retirement "hotel." Two years after the Austin-shot film opened South by Southwest, it returns as part of a limited release – "Four cities," says Andrew dryly, "five including Fort Worth" – before widening two weeks later.

The film pays tribute to the likable-loser comedies of 1970s Hollywood: It's as low-slung and laid-back as the El Camino driven by Eva Mendes in the girlfriend role, with the ambling rhythm and winsome tone of the eight-track country gold on its soundtrack. (Waylon Jennings' "I've Always Been Crazy" is prominent.) It also feels distinctively old Austin, beginning with a beauty montage of civic jewels – Allens Boots, wading dogs, the 360 Bridge at sunset – that evokes a yen for eternal slackdom. Later we see Will Ferrell as a bilious grocer at the Clarksville Fresh Plus.

The film also venerates its old guard of crusty character actors, now refigured as convalescents: Seymour Cassel, Billy Joe Shaver, and Kris Kristofferson. Also on board is Harry Dean Stanton, who apparently partied his 80-year-old ass off after last night's screening at the Paramount Theatre and who may be partly responsible for the brothers' bedraggled state this afternoon.

Though middle brother Owen co-stars as the rest home's scheming head nurse, he is missing today. Co-director Andrew is the bigger talker, while screenwriter and star Luke, who keeps his sunglasses on inside the Four Seasons, is the quieter, frequently interrupted, littlest Wilson. But both are big kidders.

Austin Chronicle: For a lot of us here, the movie seemed to disappear after South by Southwest 05. We didn't know what had happened to it.

Andrew Wilson: Yeah. When it opened South by Southwest, the screening couldn't have gone better. We got a great review in Variety and a really good review in The Hollywood Reporter, so we just thought it was going to be a couple of months before it opened on 5,000 screens around the world. But the company that produced it went out of business. They sold it to a company [Franchise Films] that then went bankrupt. It sounds ridiculous, but that's exactly what happened. We weren't in control. We actually went back and tried to get the movie from the guy, and he wouldn't sell it to us. We interpreted that as a good sign. Even though he was having financial problems, at least he had a plan for the movie. And now ThinkFilm out of New York has picked it up. They're a great company to handle a smaller movie like this. It's a big movie for them.

AC: I predict it will have a lot of momentum as a cult movie.

AC: Instant cult movie. Not only because it's been missing for two years, but it's got that nostalgic 1970s vibe. The boots and suits, the soundtrack, your muscle cars –

AW: "Boots and suits." That's good. [Into the tape recorder] Hey, hold on while one writer steals an idea from another writer. 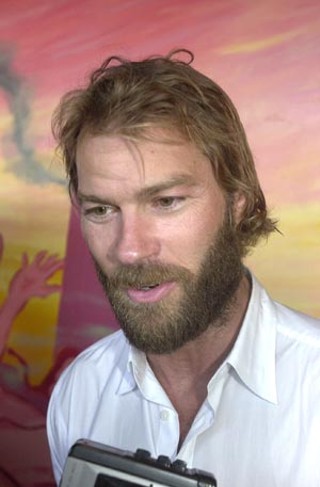 LW: We always loved those movies, like Hal Ashby movies. The Last Detail and things like that. They seem more episodic. It's not that three-act arc. It [has] what Hunter S. Thompson called "the naked reverse." You go one direction, and then –

[The door opens, and an assistant brings two beers: a Heineken for Andrew and a Shiner Bock for Luke.] Oh, thanks.

AW: [Into the tape recorder] And here's some soy milk for Luke's coffee.

AC: Is it my imagination, or does the movie pick up where Bottle Rocket leaves off? You have a guy with an overinflated sense of self breaking the law, coming out on the other side of prison, getting along with people, and kind of growing up?

LW: Yeah, maybe like Owen's character [in Bottle Rocket]. I mean, I think Andrew and Owen and I all kind of respond to guys like that, Texas-type guys –

LW: Yeah, enthusiastic. They don't give up. They're always scheming and dreaming.

AW: Luke sometimes describes Wendell as the kind of guy who will call you up on the phone and not even introduce himself, just launch right into the plan for the day. Those are the kinds of guys you want to hang out with. Wendell's got a plan. It may be illegal, but it's still a plan.

AC: I think there's a certain maturity to his outlook, though, by the end.

AW: At least he's doing something that he loves to do. That's a rare thing, to be able to do what you love to do. And Wendell never stops doing that, even when he's in prison.

LW: And being around the old guys, too. I wanted to get the idea across that Wendell really does learn from being around people like Harry Dean and Seymour.

AW: There's that line where Seymour says – I mean, he's talking about sex, but it applies across the board – "That would be wasting a lifetime of experience." Now, [the characters] didn't get a chance to fool around, but it's true. You can learn a ton from those guys. We learned a lot from them on the set and had so much fun hanging around with them, too. You know: their energy, their enthusiasm.

LW: Harry Dean was giving me notes during the [screening] last night. Like the "parole denied" thing? He said we should have left that longer. [Imitates Stanton] "You don't have time to read 'parole.' Leave it there a moment longer." AW: Harry Dean did the entire New York Times crossword on the way down here from Dallas. He's a bit of a wordsmith. The fact that those guys are going so strong ...

AW: Last night I said, "Harry Dean, I've got to get up at 6 o'clock in the morning." He said, "That just means you've got to get back by 5, man." He's got a drink in one hand and a cigarette in the other.

AW: Is Ashton Kutcher going to replace those guys? Those guys have been doing so many cool things for so long. And it is like music, too. After the Stones or after Neil Young or after Bob Dylan, what's next?

AW: Yeah, they're not father figures. They're best friends. It's kind of cool.

LW: I'm always surprised that gets such a big laugh.

AC: I trust you got plenty of notes on set, too.

AW: Harry Dean and Seymour would play us off each other. Harry Dean said we were like Doberman pinschers snapping at him all the time. He called Luke "Lothar" and me "Gunther." He'd say, "Now, Lothar's telling me one thing, and Gunther's telling me another."

LW: He'd say, "You're scared of Owen. And you're both scared of Andrew."

AW: It feels a lot different. We're both in Charlie's Angels, for instance, and even though that's really fun to work on – it's exciting to work on a big Hollywood movie – it's a different kind of vibe on the set. [On Wendell Baker] our mother was the set photographer, Owen was in it, our uncle worked on the movie, Luke's godfather played a small part. Luke's dog is in the movie. It felt like a family-run restaurant. We were all there all the time. We also had all these great actors, but they weren't there because they were all making a ton of money. They were there because of the script. That's something that rarely happens, and that creates a really nice sense of community. In Hollywood or New York, people will see you shooting on the street and come out and try to charge you for parking, whereas here they'll come out and bring you a cup of coffee and some chocolate-chip cookies.

The Wendell Baker Story opens in Austin on Friday, May 18. For a review and showtimes, see Film Listings.